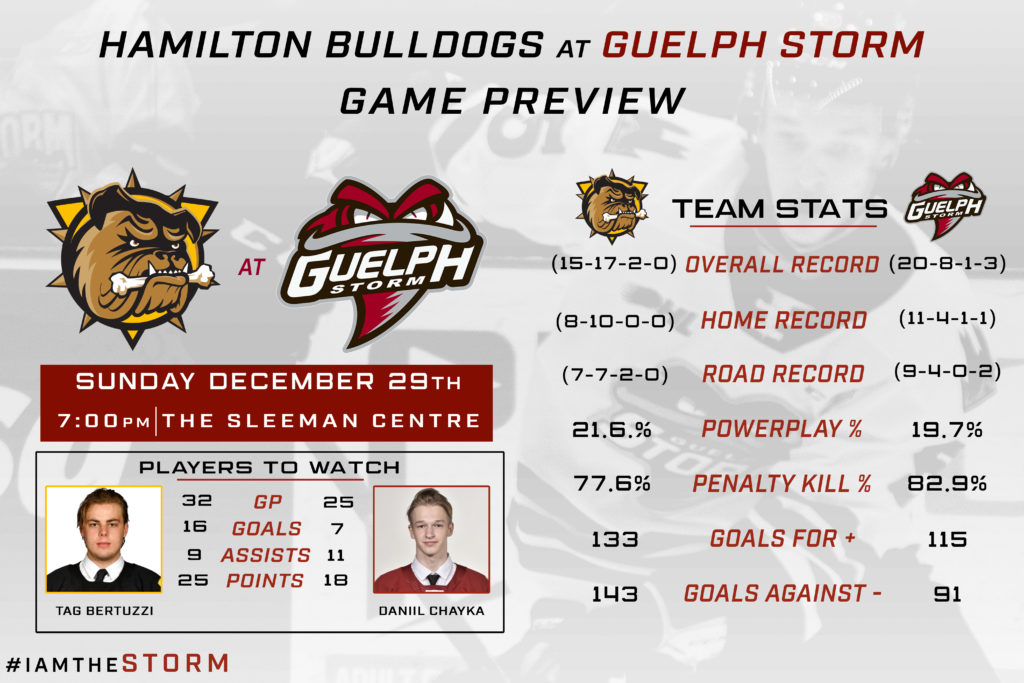 The Guelph Storm welcome the Hamilton Bulldogs to the Sleeman Centre on Sunday evening at 7:00pm.

Get tickets to Hamilton at Guelph

Daniil has returned to the Storm lineup after winning gold at the Hlinka Gretzky Cup in early December. Chayka returned last night and added an assist in a 3-2 OT win against the Peterborough Petes which brings his career season to 7 goals and 18 points in 25 games played.

Drafted 2nd overall by the Guelph Storm in 2017, Tag has found his game in Hamilton and is having a career season. Bertuzzi has 16 goals and 9 assists for 25 point so far this year, all of which are career high numbers.