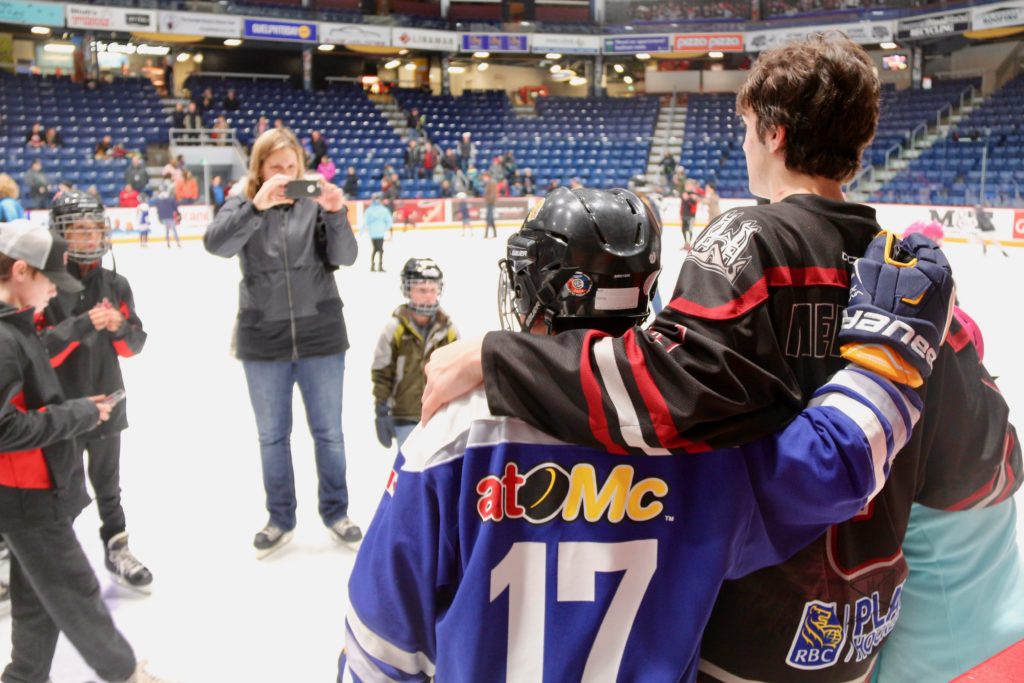 The Storm’s annual RBC Family Day game sees the Otters visit the Sleeman Centre for a 2pm start.  It will be the 5th game between these teams and the second half of a back-to-back series that saw the Storm lose 5-4 in Erie last night.

With the win on Sunday, Erie now has a record of 17-29-7-3 and have a 3- point streak going with 2 wins and an overtime loss to London. They sit last in the Midwest division with 44 points, 16 points behind Guelph.

After scoring last night in his team’s win, Kyle Maksimovich moved into a tie with Ivan Lodnia for the team lead in points. Maksimovich is the team leader in goals with 25 on the season to go along with 29 assists for his 54 points.

Guelph is in a tight battle for fourth place in the West with London, Saginaw and Owen Sound- all within 6 points of each other. With a record of 27-22-2-4, the Storm have 60 points and sit three points back from Owen Sound in 5th, two points behind Saginaw in the 6th spot and six points behind London who currently sit 4th.

With another goal on Sunday, Alexey Toropchenko is currently riding a 3-game goal streak and has scored four goals in the last five games. The St. Louis Blues prospect now has 13 goals and 15 assists for 28 points in 53 games this season.

Alex Gritz just makes the cut for the 2018 NHL Draft as his birthday falls on September 15th, the cut off date for draft eligibility. He is doing his best to make noise late in the season, scoring 4 goals in his last 3 games, including a pair against Guelph. He now has 12 goals and 13 assists for 25 points in 55 games. Meanwhile, Nate Schnarr has been on fire recently with 8 points in his last 5 games, 3 of them being multi-point games. He is 5th in Guelph scoring with 14 goals, 21 assists and 35 points in 45 games this season.

RBC Family Day is not only a great opportunity to bring the entire family to the Sleeman Centre, but also to meet your favourite Storm players following the game!

The Storm host the Erie Otters at 2pm in what has become an annual Family Day tradition at the Sleeman Centre.  Once the game ends, more fun begins on the ice as fans with tickets to the game are welcome to get on the ice and skate around with their favourite Storm players.

Each member of the team will be signing autographs, taking pictures and interacting with Storm fans.

Fans are encouraged to bring their skates to the game, as only those with skates will be permitted onto the ice.  Helmets are strongly encouraged.

Skates must be checked at the Fan Experience Zone at GATE 6 prior to entering the Sleeman Centre concourse for the game, and a baggage ticket will be issued.  The skates may be picked up following the game.

The next game will be huge for the Storm as they take on division rival Owen Sound. Both teams are fighting hard for playoff positioning, hoping to earn home ice advantage in the first round. Owen Sound will be visiting Guelph on Friday, February 23rd.