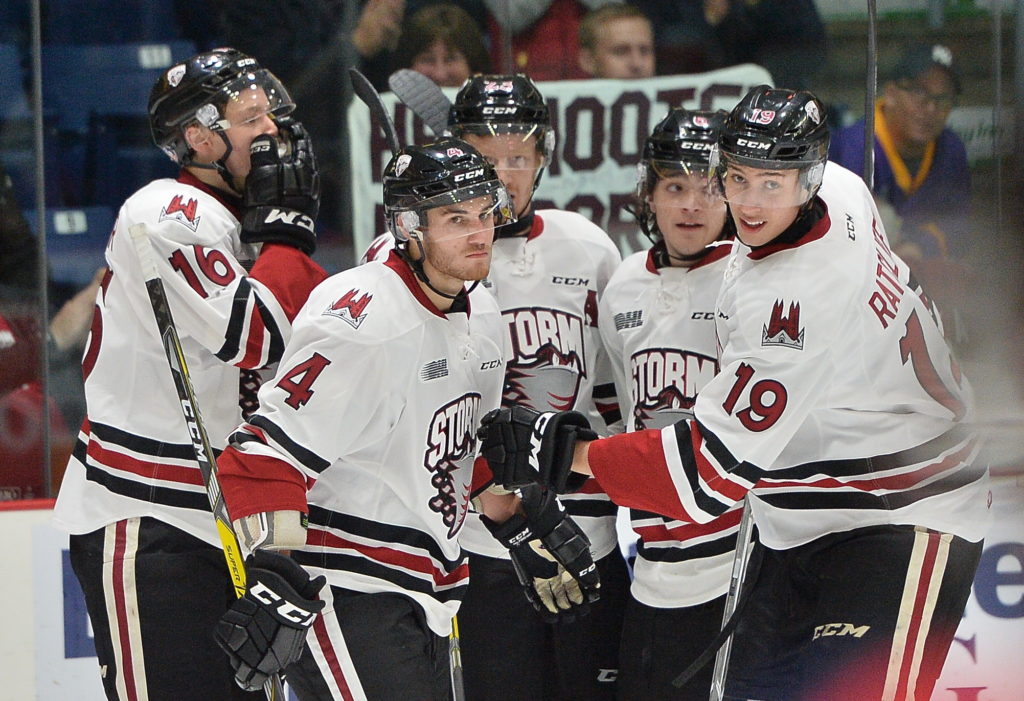 The Guelph Storm cap off their first three-in-three when the visit Oshawa to take on the Generals for a Sunday evening game.

On Sunday evening, the Strom will look to make it three in a row when they travel to Oshawa to finish their first three-in-three in a cross-conference match-up against the Generals.

Despite riding a two-game win streak, Guelph (5-6-0-1, 5th Midwest) will be in tough when the battle the Generals (6-5-0-0, 2nd East). Oshawa is coming off a big 6-2 victory over Sarnia and are looking to stay hot as they chase Hamilton for first place in the conference.

Oshawa has won four straight against Guelph. During last year’s season, the Generals shut out the Storm in both contests.

Puck drop is slated for 6:00pm

Rookie Nate Schnarr has had a terrific start to the 2016-17 season. The Waterloo native has registered a point in eight of his 12 games this season. With five points over his last five games, Schnarr now leads the team in goals and is tied for the team lead in points, and will look to stay red-hot in Oshawa.

Keeping with the theme of rookies, Ryan Merkley, continues to dazzle in his first OHL season, currently tied for the team lead in points. The Mississauga native enters Sunday night’s game with a three-game point streak, his second one of the young season. Merkley also sits tied for second in the league in rookie scoring.

Moving to one of the veterans on the roster, Storm Captain, Garrett McFadden is off to a strong start. The Kincardine native extended his point streak to two games on Saturday night and will lead his team into the final game of their three-in-three. Through 10 games, McFadded has registered two goals and four assists for six points.

A stand-out early in the year for Oshawa is, Anthony Cirelli. The Woodbridge native was selected in the third round by the Tampa Bay Lightning in the 2015 NHL Entry Draft. The third-year forward has put up 16 points (eight goals and eight assists) through his first eight games, coming off a season where he scored 59 points in 62 games a year ago. Cirelli will look to keep rolling scoring three points in each of his last two games.

Leading the Generals defense is the veteran defender, Mitchell Vande Sompel. A third-round draft pick of the New York Islanders in 2015, Vande Sompel has amassed 10 points through his first nine games. The fourth-year defenceman put up 38 points in 46 games last season.

One the Generals top scorer is Oakville native, Domenic Commisso. A prospect in the 2016-17 NHL Entry Draft, Commisso recorded 13 points through his first 11 games of the season, registering a point in eight of those games. The second-year forward registered 42 points in 66 games last season.