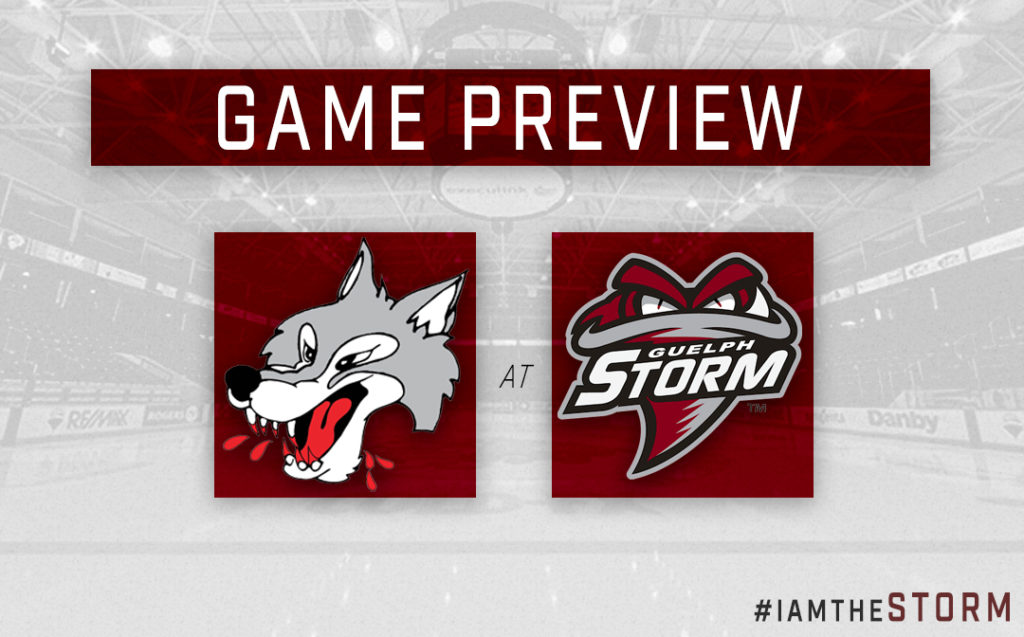 The Guelph Storm welcome the Sudbury Wolves to the Sleeman Centre Sunday afternoon at 2:00pm to wrap up their 3 in 3 weekend. After the game, the Storm will host their annual Skate with the Storm with family and friends for FREE!

The Storm won Friday evening against the Erie Otters 7-5 but lost to the Niagara Icedogs 5-4 in a shootout on Saturday night. The Wolves are also wrapping up their 3 in 3 weekend after winning 4-2 against the Colts on Friday night but losing to the Owen Sound Attack 4-1 on Saturday.

Get tickets for Sudbury vs. Guelph

Sudbury is returning this season as a strong team in the Eastern Conference being led by NHL grade A prospect Quinton Byfield who is expected to be taken as a lottery player in the upcoming NHL draft. Other veterans such as David Levin and Carolina Hurricane prospect Blake Murray are alongside Byfield in leading the Wolves to another post-season.

Cedric Ralph is heading into his overage season as a veteran leader for a young Guelph Storm team. Cedric has scored 2 goals and 4 points in 5 games played this season and will be an important mentor for a young team going forward.

Quinton Byfield finished his rookie season with 61 points in 64 games played and added another 8 points in 8 playoff games for the Wolves. Byfield is rated as an A grade NHL draft prospect and is expected to go in the top 3 for the upcoming NHL draft.

The Storm head to Erie for a Wednesday afternoon game against the Otters before heading home to take on the North Bay Battalion on Friday October 25th at 7:30pm at the Sleeman Centre.

Get tickets for upcoming games