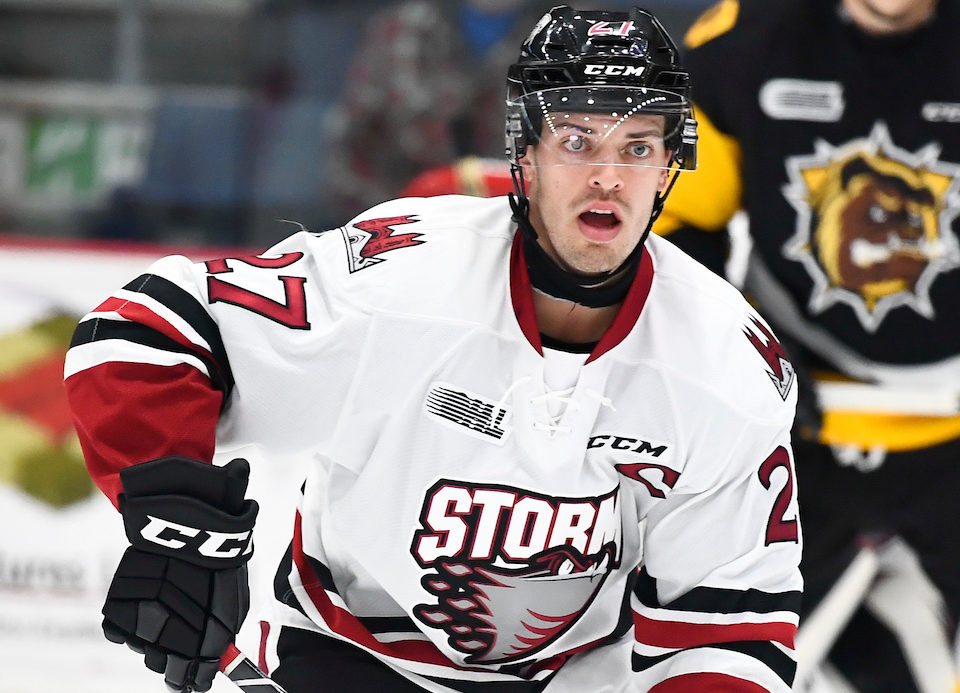 TORONTO (U SPORTS) – U SPORTS announced Friday the rosters for Canada’s men’s and women’s hockey teams set to compete at the 2019 FISU Winter Universiade. Former Storm captain Garrett McFadden was named to the Team Canada Roster.

The two squads bring Canada’s total delegation heading to Krasnoyarsk, Russia to 121, joining the first five teams and 45 athletes announced last month for the Mar.2-12 World University Games. Both teams are exclusively composed of U SPORTS student-athletes and are being managed by the national office. Among the group, seven players have competed for the U SPORTS All-Stars either against Hockey Canada’s World Junior Prospects in December or the National Women’s Development Team at the annual Summer Showcase in August. Three of the seven former U SPORTS All-Stars have also suited up at a previous FISU Winter Universiade.

Three Axemen will have an opportunity to extend their 2018-19 season as members of Team Canada at the 2019 Universiade Games in Russia. Stephen Harper – who led the Axemen this season in scoring, Garrett McFadden – who was named as an AUS All-Rookie team defenseman and veteran defenseman Liam Maaskant were added to the Team Canada roster.