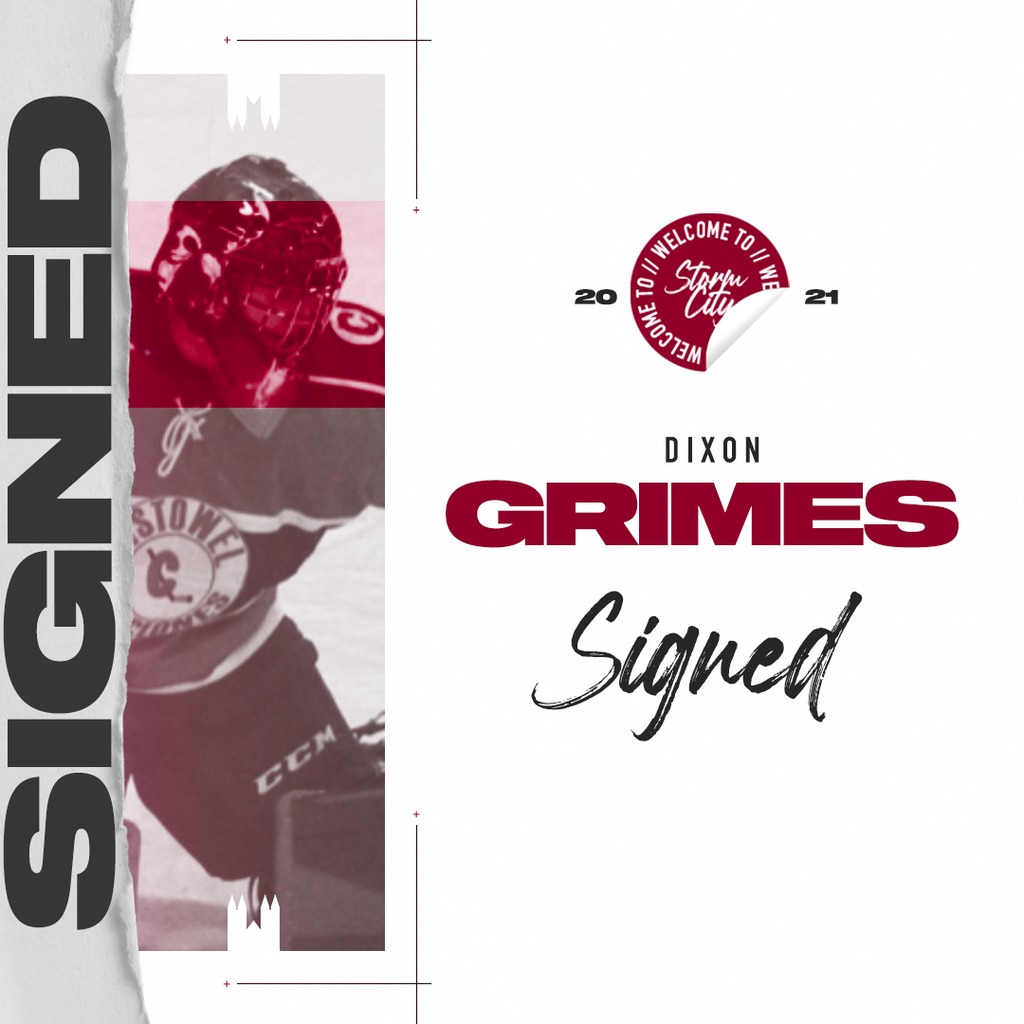 The Guelph Storm Hockey Club is pleased to announce the signing of goaltending prospect Dixon Grimes (2003) to a Standard Player Agreement with the Club.

“With the anticipation of playing with the Club this past season, Dixon has worked closely with our group, participating in all of our regular virtual team sessions and activities,” said General Manager & Head Coach George Burnett. “I know he has worked extremely hard and I am certain he will be ready to challenge for a role with the club at training camp.”

In 2019-2020, Grimes quickly built an impressive resume while playing for the Listowel Cyclones of the GOJHL, which included:

“With the graduation of veteran goaltenders over the past two seasons, we are looking to add depth at the goaltending position. Dixon had an excellent year of development with the Listowel Cyclones and continued his progress despite the challenges of this past season. We are excited to welcome Dixon and his family to the organization,” said Burnett.

A resident of Guelph, Dixon is the son of former Storm Associate Coach and 2019 OHL Champion Jake Grimes.