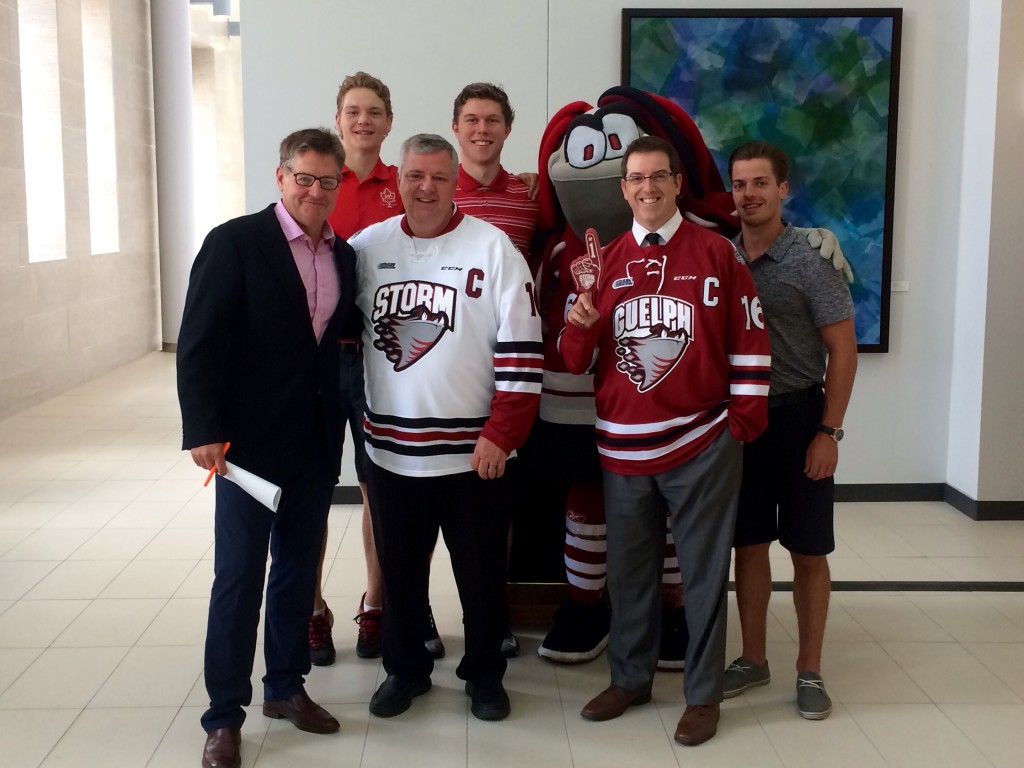 The Guelph Storm of the Ontario Hockey League are proud to announce that they have reached a new lease agreement with the City of Guelph that will keep the Storm at the Sleeman Centre for 10 more exciting seasons.

“The Guelph Storm are a vibrant part of our city in so many ways, economically, socially, wonderful entertainment and perhaps most of all, a great source of civic pride. We are thrilled to have extended our relationship for at least another decade as our gifted young men attempt to bring another championship to our great city,” said Rick Gaetz, Guelph Storm Partner, and Governor.

The City of Guelph and Mayor Cam Guthrie have been tremendous supporters of OHL hockey and the Guelph Storm. Since opening its doors in September 2000, the Sleeman Centre has served as the home of the Guelph Storm, highlighted by two OHL Championships, and three runs to the Memorial Cup finals, one of which was hosted at the Sleeman Centre in 2002. Guelph Mayor, Cam Guthrie cited economic spinoff, and community spirit and pride as major benefits that come from the Guelph Storm. “This is great news for Storm fans, and great news for our entire city,” said Mayor Cam Guthrie. “This agreement means that Guelph will continue to be known as ‘Storm City’ for at least the next decade.”

As the storm look towards the 2016-17 season and beyond, the future is bright both on and off the ice. On the ice, the Storm looks to build off of last year that saw breakout star James McEwan put in an MVP performance, as the team’s top scorer. Off the ice, the Storm and their beloved mascots Spyke and Stormy, continue to give back to the community through the support of minor hockey, schools, and community events across the city. Spyke, Stormy, and the Storm Street Team can be found at events across Guelph all year long.

The Storm will kick off their 2016-17 season on Friday, September 23rd as they host Western Conference rival, the Saginaw Spirit at 7:30 pm at the Sleeman Centre.

Season Seats for the 2016-17 season are still available and can be purchased by visiting the Storm Box Office in the Old Quebec Street Mall, by phone at 519-837-9690 or online at www.guelphstorm.com