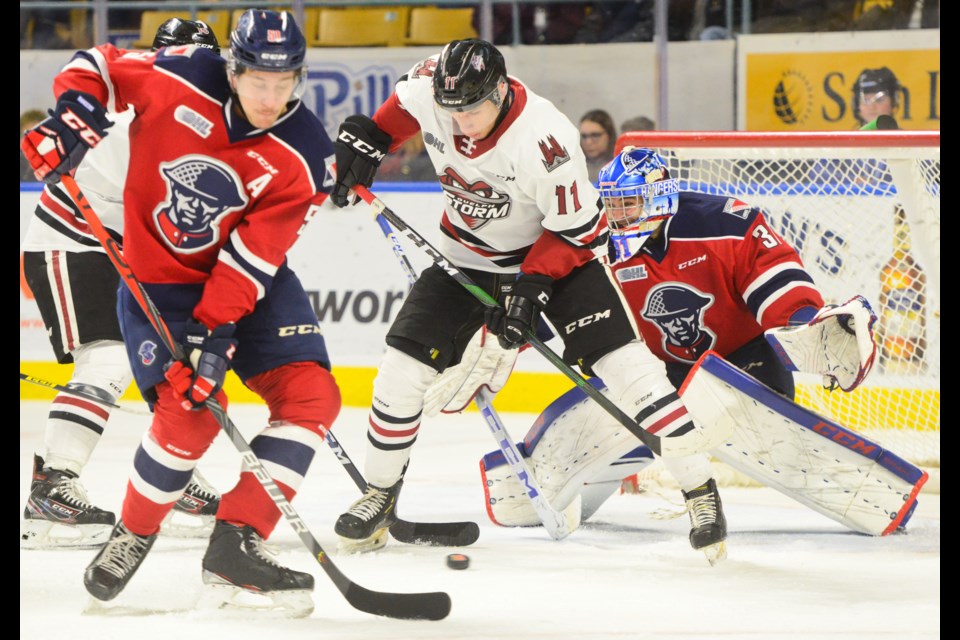 KITCHENER — You don’t go on a streak like this with passengers on board.

The win also put them in second place in the Western Conference, just percentage points back of the first-place Windsor Spitfires.

I know. Windsor in first, Guelph in second and Kitchener dead last. Who’d a thunk it.

And while the big scorers were doing their thing (three points for Pavel Gogolev, a goal for Cam Hillis) and Nico Daws was being Nico Daws (29 saves) it was some of the team’s younger players that were catching plenty of post-game praise.