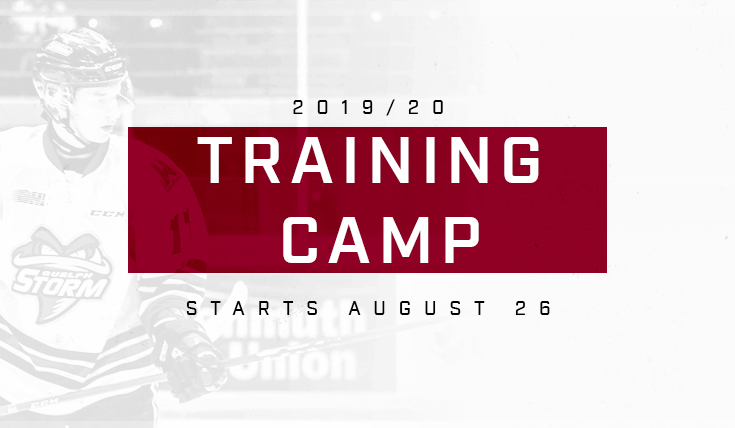 The second day of Storm training camp ended with a scrimmage between Team Red and Team White. This game showcased part of Guelph’s young future with most veterans sitting this one out. Storm fans got their first look at 2019 first round pick Danny Zhilkin and newly signed import Andrei Bakanov, among others.

Cameron Garvey scored with 30 seconds left in the overtime period to give Team Red the 5-4 win. Other goal scorers for Team Red were Sean Kawalec, Clark Hiebert, Fedor Gordeev and Garvey who scored his first goal on a breakaway in the second period.

Tanner Wickware started in goal for Team Red and allowed just one goal in 30 minutes of play. Dixon Grimes finished off the game for Team Red allowing 3 goals during the second half of the game.

Team White made a strong comeback in the third period and tied the game with 2 minutes left on a penalty shot goal from Evan Tanos. Colin Campbell, Joseph Teasdale and Braeden Bowman also scored for team White.

For Team White, Owen Bennett started in goal. Bennett allowed 2 goals during the first half of the game. Will Craig took over for Bennett in the second half of the game and allowed 3 goals including the overtime winner.

The Storm will see their first pre-season action on Friday in Orangeville versus the Mississauga Steelheads at 7pm. Guelph’s first home exhibition game is set for Saturday, August 31st at the Sleeman Center versus Flint at 7pm. Click here to get tickets