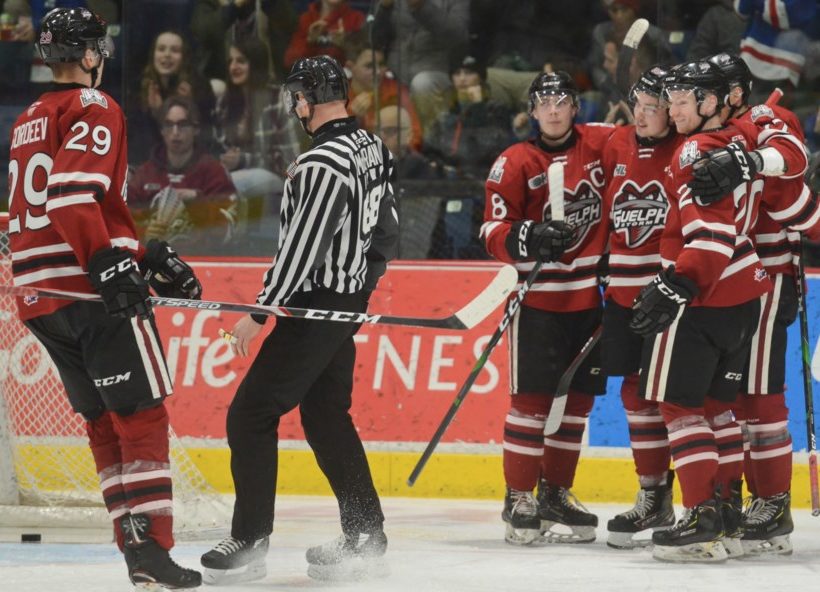 Nico Daws held them in it and the Guelph Storm found their mojo in the third period Friday night at the Sleeman Centre.

Guelph scored four times in the third period Friday at the Sleeman Centre in a 5-3 come-from-behind victory over the first place London Knights.

The winner came off the stick of Cam Hillis, a wrist shot that didn’t quite go where it was supposed to but found a way to sneak under the arm of London goaltender Dylan Myskiw.

“I tried to pick a corner but it just went off my stick and I’m kind of lucky it went in,” said Hillis of the game winner, which came with 50 seconds left in regulation.

“There was a lot of ups and downs in the game … but I like the way we responded,” Hillis said.