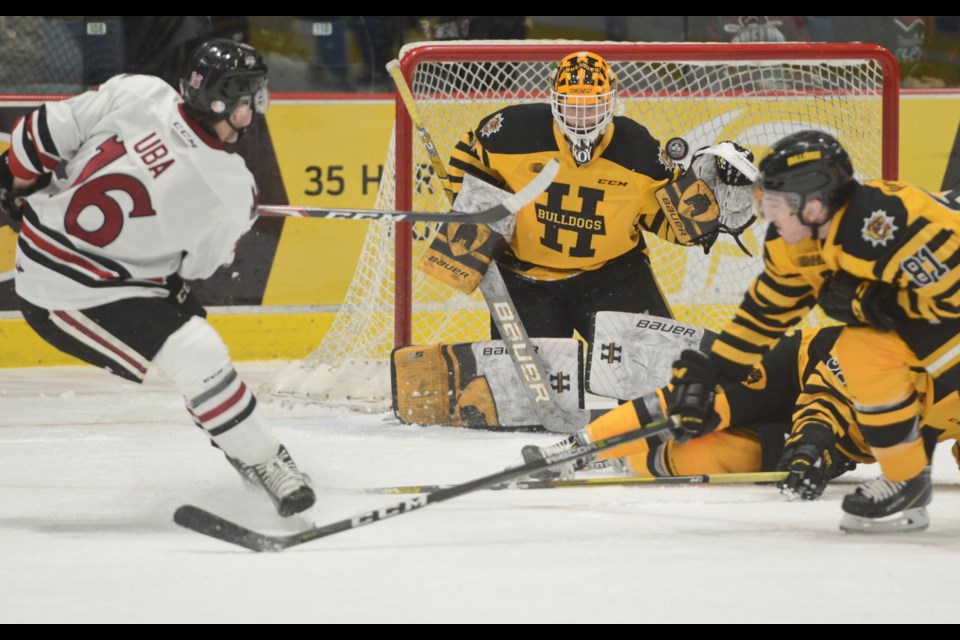 Despite being all alone in first place in the Western Conference, don’t expect the Guelph Storm to be adding older players at the trade deadline.

Instead they are more likely to be getting calls from other teams about its own top players.

Following Sunday’s 4-3 at the Sleeman Centre, Storm general manager/coach George Burnett said the team will be sticking to the plan it laid out before the season.

“I think we had a plan formulated before we started this season and I don’t think we’re going to waiver a whole lot from it,” Burnett said when asked about plans leading up to deadline, which is Jan. 9 for overage players and Jan. 10 for everyone else.

“Are we looking to move a whole bunch of players? No. That’s not our intention and not a priority.