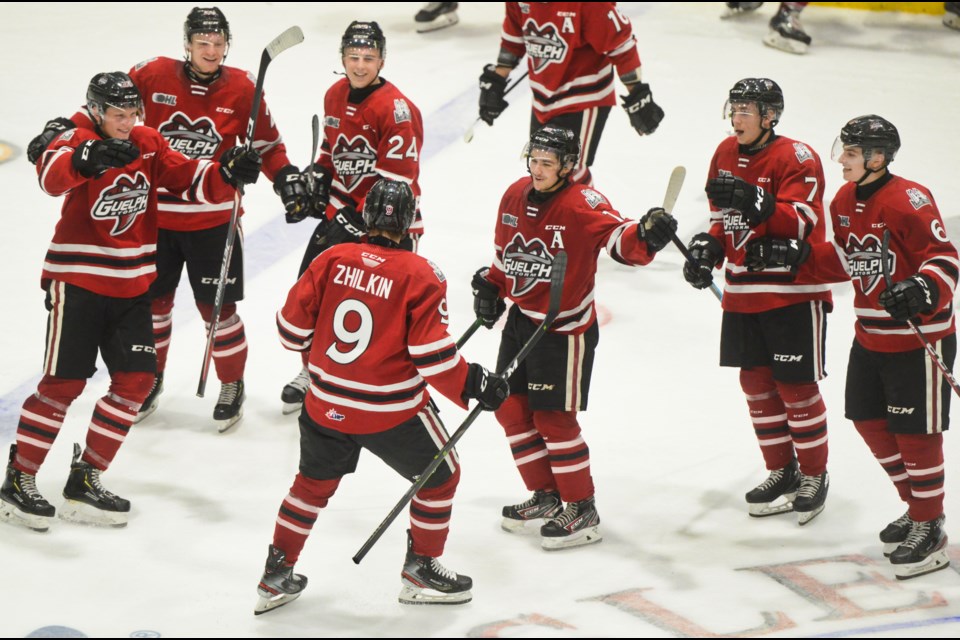 Clark Hiebert has carefully been biding his time as a Guelph Storm rookie.

Sitting out games. Playing a handful of shifts in others. He knew eventually he’d be called on for big minutes in big games.

That time arrived on the weekend.

With top-four defencemen Fedor Gordeev (suspension) and Martin Hăs (illness) out of the lineup, the 18-year-old rookie defenceman was called on for big minutes after two of the teams top defencemen and responded with a pair of solid games.

On Monday against the Sault Ste. Marie Greyhounds Hiebert scored his second goal of the season and was a plus-2 as the Storm downed the Hounds 3-2 in a shootout won when Danny Zhilkin rifled one to the top corner in the eighth round.