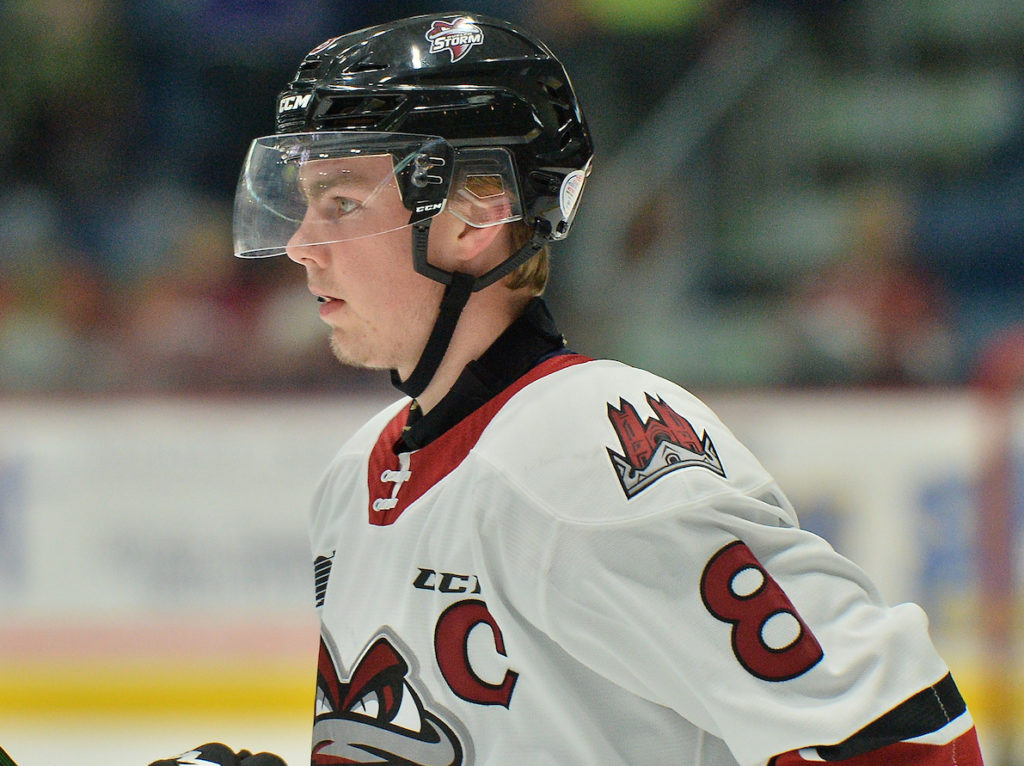 A junior hockey career that has had its share of ups and downs looks like it has ended on a high note for Guelph Storm captain Cam Hillis.

The Inniskillin native signed a three-year entry level contract with the Montreal Canadiens on Monday evening. It was announced Tuesday.

Hillis will almost certainly start next season, whenever that is, with the Laval Rocket of the American Hockey League, ending a three-year career in Guelph.

“It was in the works for a little while but it just got announced today,” said Hillis from his home, where he is self-isolating with his parents. His sister is a masters’ student at the U of G and lives in Guelph.