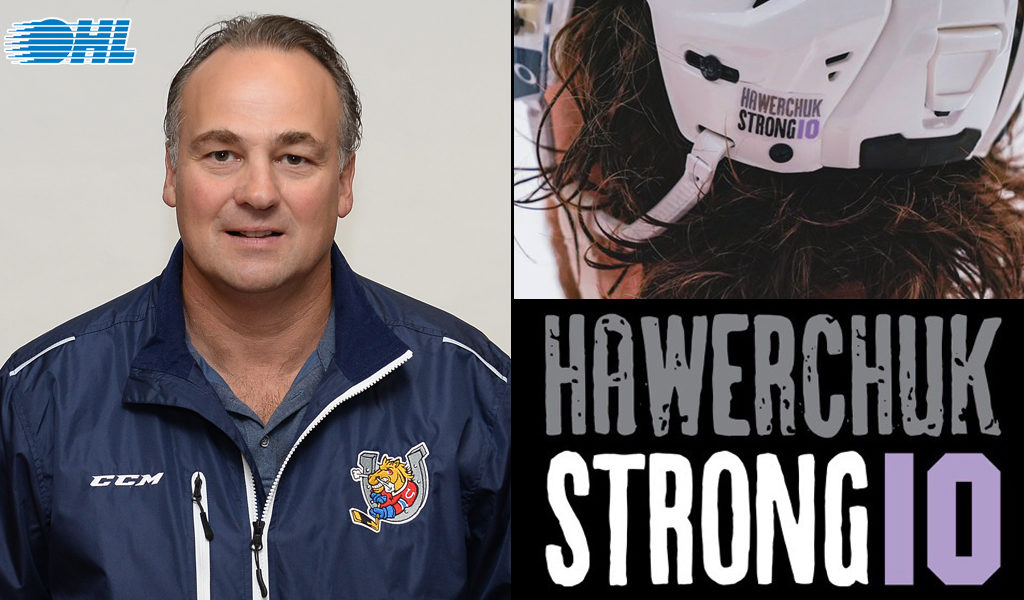 The hockey world has come together in support of Barrie Colts head coach Dale Hawerchuk with the news that cancer has made a comeback in the two-time Memorial Cup champion and Hockey Hall of Fame inductee.

Hawerchuk’s son Eric announced the troublesome news via Twitter on Sunday. The 57-year-old had completed chemotherapy treatments to initially fight off stomach cancer back in April.

Our thoughts and prayers are with Dale Hawerchuk and his family as he begins another round in his courageous battle with cancer. Dale has always faced his toughest opponents head-on, and we know this will once again be no different. #HawerchukStrong pic.twitter.com/YR69WfxCBG

“Dale is going through a tough time right now,” said Kevin Cheveldayoff, general manager of the Winnipeg Jets organization that Hawerchuk had immense NHL success with. “We, as an organization, are here to support him. We wish him all the best in his fight. He’s one of our family, and we’re with you, Dale.”

As coach of the Barrie Colts, Hawerchuk oversaw the development of current day Jets star Mark Scheifele who racked up 217 points (84-133–217) and won an Eastern Conference title with the Colts between 2010 and 2013. The Jets have identified with the struggle of one of the most iconic players in Winnipeg’s NHL history, as all players are wearing a #HawerchukStrong helmet decal as the club returns to action this week.

A number of former teammates including fellow Cornwall Royals graduate Doug Gilmour and Buffalo Sabres connections in Brad May and Jason Dawe took to social media to express their support, as did a number of teams from across the Ontario Hockey League.

“Dale has always faced his toughest opponents head-on, the Winnipeg Jets tweeted following the news of Hawerchuk’s cancer resurgence. “We know this will once again be no different.”

Hawerchuk remains the winningest coach in Colts history, boasting a 305-269-22-16 record behind the bench. The Colts have clinched four Central Division titles under his watch, along with an Eastern Conference crown in 2013. His impressive list of Colts alumni includes the likes of current NHL players like Scheifele, Aaron Ekblad, and Andreas Athanasiou.

.Please pray for my friend and mentor Dale Hawerchuk #10 one of the greatest people in hockey. @HockeyHallFame @BuffaloSabres @NHLJets @StLouisBlues @HockeyCanada pic.twitter.com/NbcGmfbaal

In honor of my former teammate, Dale Hawerchuk. What a great guy, legend, roommate and leader. You got this Ducky!!! pic.twitter.com/BrZw2OY8Qp