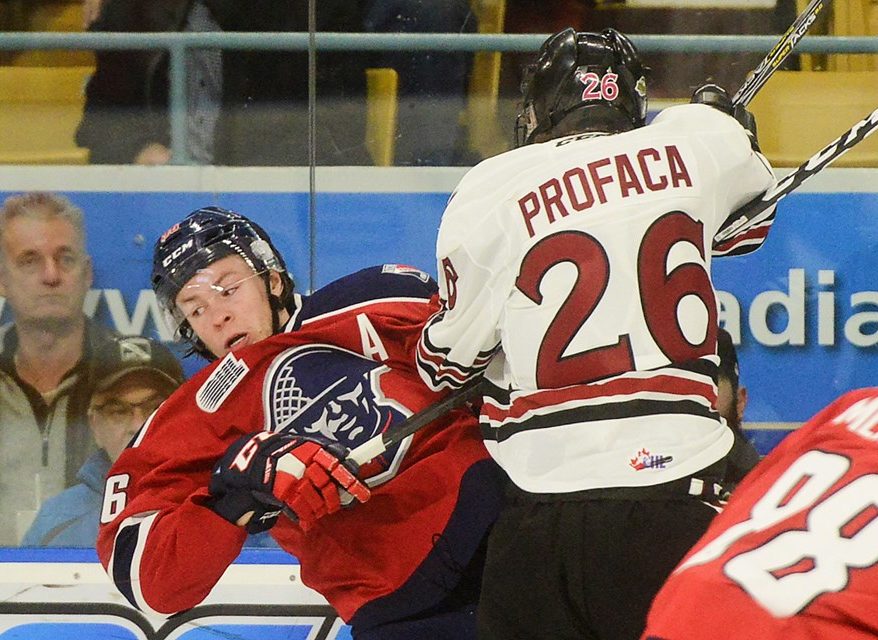 KITCHENER – Luka Profaca sure didn’t play like it was his first OHL hockey game.

The 16-year-old Mississauga native made his debut for the Guelph Storm Tuesday night in Kitchener, playing a tonne, picking up an assist and finishing the night as a plus-2 as the Storm downed the Kitchener Rangers 6-2 at The Aud.

Filling in for Daniil Chayka and Zach Terry, who are away playing in the World Under-17 Tournament, the only thing that said “rookie” about Profaca’s game was the mandatory full cage he wore on his helmet.

“I was a bit tired, just getting used to the pace and everything, but it was good. I felt good out there,” said the six-foot-one, 165-pound defenceman.

He sure wasn’t going to tell coach George Burnett he was tired when he got the tap on the shoulder for a shift on the power play near the end of the game.

“I wasn’t expecting that,” he said.

“I just tried my best out there. I just don’t want to let the opportunity go to waste,” Profaca said.

He played poised and he played confident, and that wasn’t an accident.

“I try to just play my game. I don’t want to try and play a different game, because then I’d just start getting worried about what’s going on. You don’t want to overthink it, just try my best.”