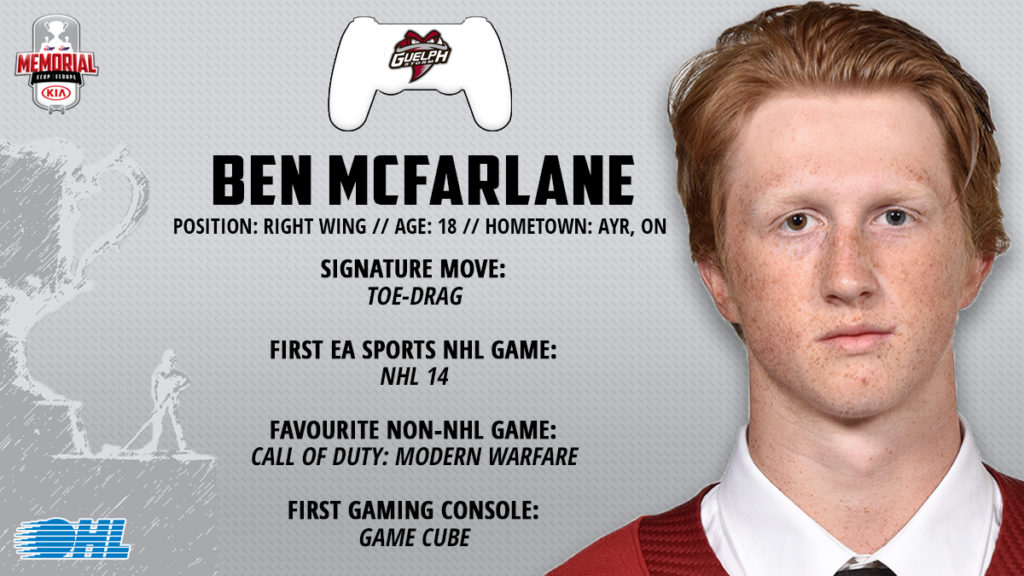 The Guelph Storm have provided the first substitution of the inaugural Memorial eCup presented by Kia, with 18-year-old winger Ben McFarlane slotting in to take the place of Danny Zhilkin on the controls.

McFarlane, who was around to witness the Storm’s 2019 OHL Championship title having played in 13 games that season, has witnessed what it takes to win and aims to carry those vibes over onto the Playstation 4 starting Saturday when he squares off against Booker Daniel of the WHL’s Tri-City Americans at 2:45pm.