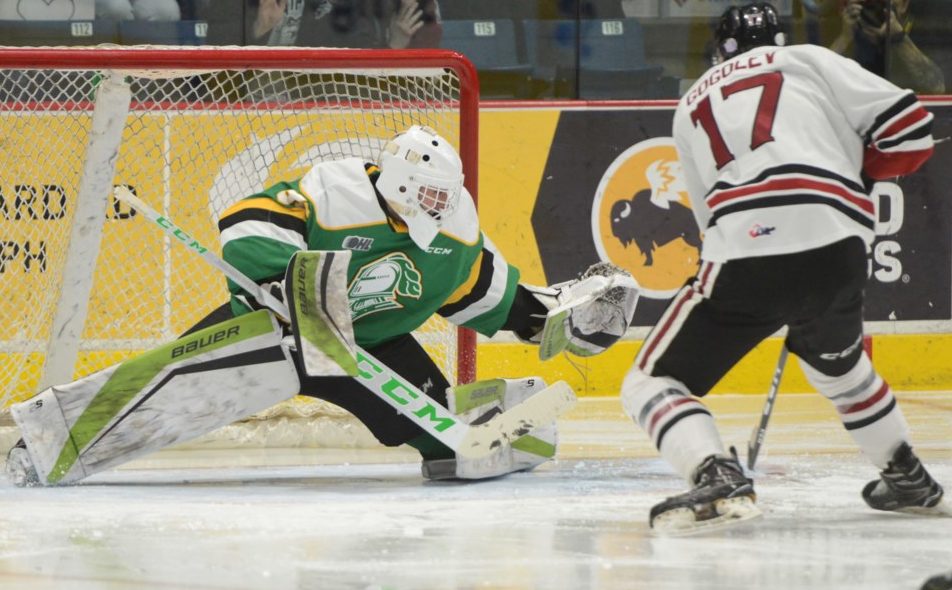 It was likely the first time ever a ceremonial pre-game puck drop has ever been booed at the Sleeman Centre.

It had nothing to do with the Salvation Army major or the representatives of the Zehrs grocery stores who were dropping the puck in recognition of a charity toy drive happening before Sunday’s Guelph Storm game against the London Knights.

It was about a cheeky Ryan Merkley, the former Storm defenceman, who represented the Knights on the puck drop, a task that almost always goes to the team captain, in this case Liam Foudy.

It brought smiles and laughs from Merkley and Storm captain Cam Hillis, but boos from the stands. Many did not appreciate Merkley’s tenure with the Storm.

Merkley would also had the last laugh as the Knights downed the Storm 3-1.

“Me and Hillis are good buddies, so we just had a good laugh. Not taking anything too serious,” Merkley said after the game.

Articles CMHA
This Friday, February 28th is the 6th annual Talk Today game at the Sleeman Centre
6 hours ago