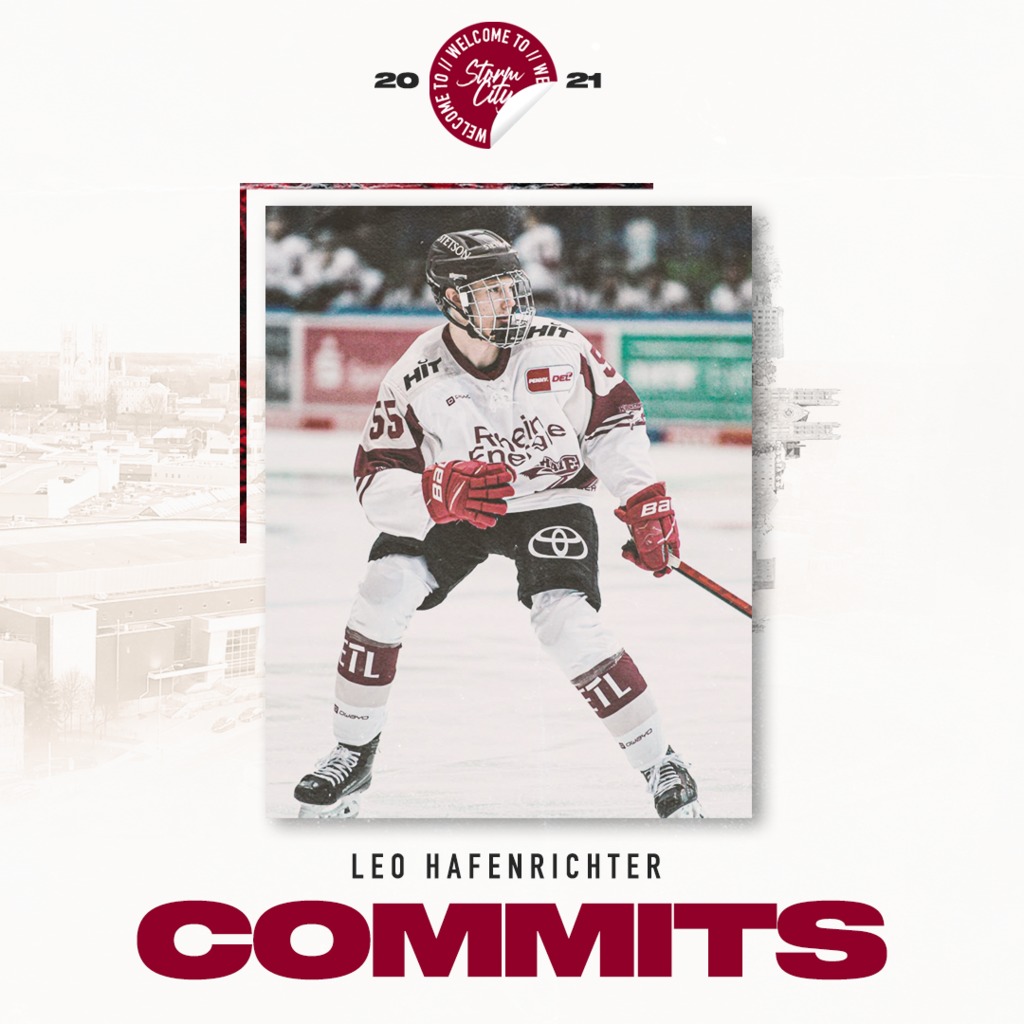 The 6’1, 175 lbs right-handed German defender was selected by the Storm in the second round, 69th overall, in this year’s CHL Import Draft.

Hafenrichter, from Nuremberg, Germany, had an excellent 2019-20 season for the Kolner Junghaie U17 team where he recorded 8 goals, 17 assists, 25 points, and 12 PIMs in 30 games. He is currently representing Team Germany in the 2021 U18 Hlinka Gretzky Cup in the Czech Republic from August 2 – 7.

“Leo is a big, mobile, puck-moving defenseman and is representing his country at the U18 Hlinka Gretzky Cup where he was recently selected as alternate captain,” said GM and Head Coach George Burnett. “We are looking forward to seeing Leo at training camp.”