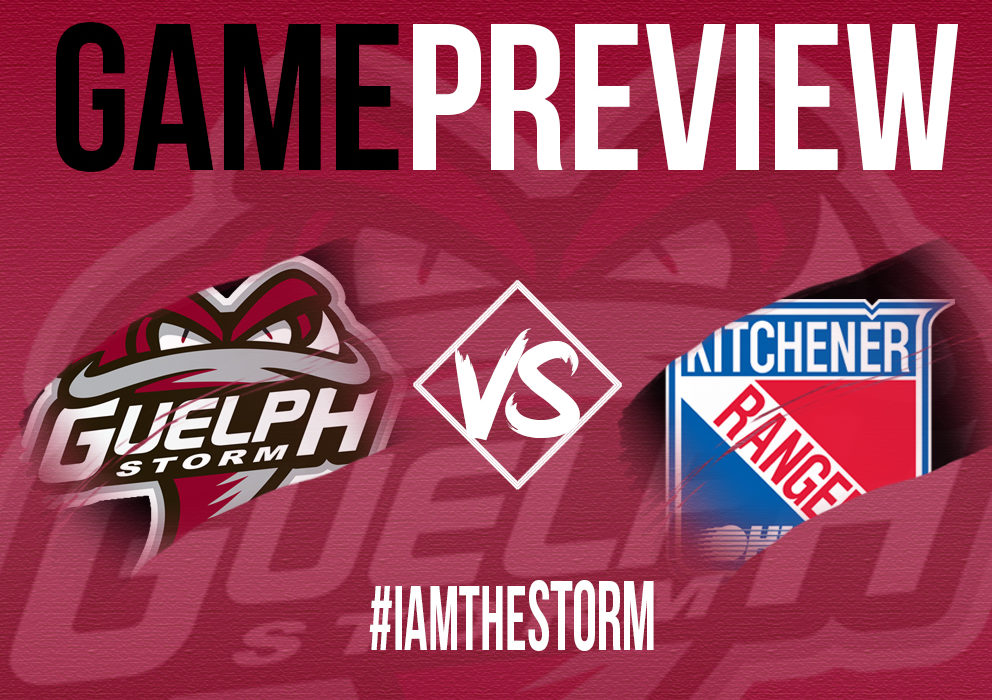 The Guelph Storm are proud to announce that they will host their 4th annual ‘PEVS PROTECTS Night’ presented by Linamar on Friday, February 15, 2019, when the Storm take on divisional rivals, the Kitchener Rangers at 7:30 pm at the Sleeman Centre. The first 1,000 fans in attendance will receive a special Pevs Protects T-shirt.

The Guelph Storm take on the Kitchener Rangers at the Sleeman Centre on Friday evening for their 6th meeting of the season. In their head to head matchup this season, Guelph has a record of 3-1-1-0, while Kitchener has a record of 2-3-0-0 that included a shutout win back in October. Guelph and Kitchener could be a potential first round playoff matchup for the second year in a row, with Kitchener winning in 6 games last season.

Nate Schnarr is having himself an incredible season thus far. Nate has set career highs in goals with 27, assists with 52 and points with 79 so far this season and is ranked in the top 10 in OHL scoring. Nate was drafted by Arizona in 2017 in the 3rd round, and recently signed his entry level deal with the team this season.

Riley Damiani is also having a fantastic season, and has set career highs in goals with 20, assists with 40 and points with 60 through 43 games this season. Damani was drafted by the Dallas Stars in 2018 in the 5th round.

On February 15, volunteers will be on hand at Gate 6 collecting donations in support of PEVS PROTECTS and the Heart and Stroke Foundation. Information tables and a CPR and AED demonstration area will also be a part of the game night.

The chuck-a-puck fundraiser will be held during the second intermission, prizes include signed authentic autographed NHL jerseys from Jamie Benn (Dallas Stars), Tyler Seguin (Dallas Stars) and a Danby beverage fridge. A silent auction will also be held giving fans the chance to bid on a one of kind PEVS PROTECTS decaled helmet created by RPM designs and game worn by Anthony Popovich on Friday and a Guelph Storm/Pevs Protects Muskoka chair donated by RPM Designs. The silent auction will take place at Gate #6 until the second intermission.

The Storm are back in action on Monday February 18th against the Flint Firebirds at 2:00pm at the Sleeman Centre. Monday is Family Day and is also the Annual Guelph Storm Mascot Bash. Guelph will then play at home against Erie on Friday February 22nd at 7:30pm before they head to Flint to take on the Firebirds on Saturday February 23rd.