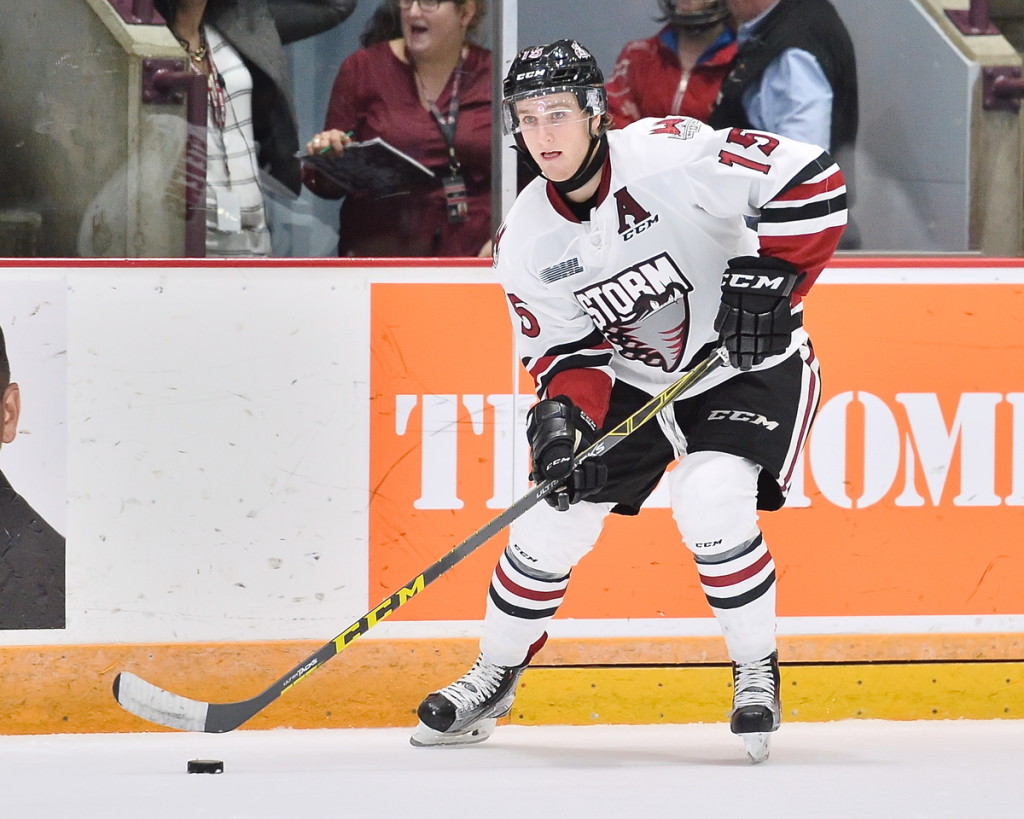 “It caught me by surprise,” said Stevens, a Gryphon forward, in a news release. “Every kid has a dream of getting a chance to be in the NHL. It’s just unbelievable. I’m pretty excited.”

The former Guelph Storm player from Turkey Point, Ont., was preparing for the Gryphon Athletic banquet in March when his agent, Mark Guy from Newport Sports Management Inc., let him know that he had been in touch with the Kings’ assistant general manager, Mike Futa, who extended the invitation, said the release. Stevens’s uncle, John Stevens, is the head coach of the NHL organization.

The Gryphon player scored 14 goals to go along with 11 assists in 26 regular season games for Guelph this past season.

Participants at the camp will include recent L.A. draft picks (including those who will be selected at the 2018 Entry Draft), top prospects from the Kings’ AHL affiliate the Ontario Reign, and a select group of free agents.