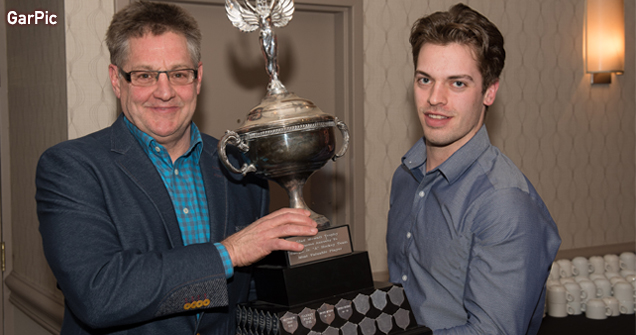 The Guelph Storm wrapped up another season in the Royal City on Tuesday night with the annual year-end banquet.

Hosted by the voice of the Storm and CJOY’s own Larry Mellott, the team presented the annual awards during the event that was attended by over 200 guests.

The evening ended with the presentation of the Glad Mowatt Most Valuable Player Award to defenceman Garrett McFadden. The Storm’s captain was the backbone of Guelph’s defence, McFadden had a strong campaign recording 37 points while setting a career high in goals, and moving to sixth in Career Points by a Defenceman in franchise history.

It was a busy evening for McFadden, as he was also named the recipient of the Mike Kelly Humanitarian Award and the Top Defenceman Award.

Ryan Merkley was another big winner on the night, claiming the Top Scorer Award, the Owens Corning “Tony Cammilleri Memorial” Playmaker Award, the Fan Club “Most Popular Player” Award and the Wellington Motors Rookie of the Year. 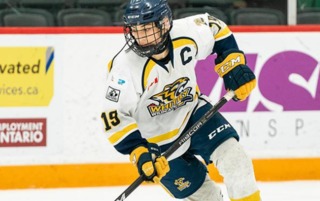