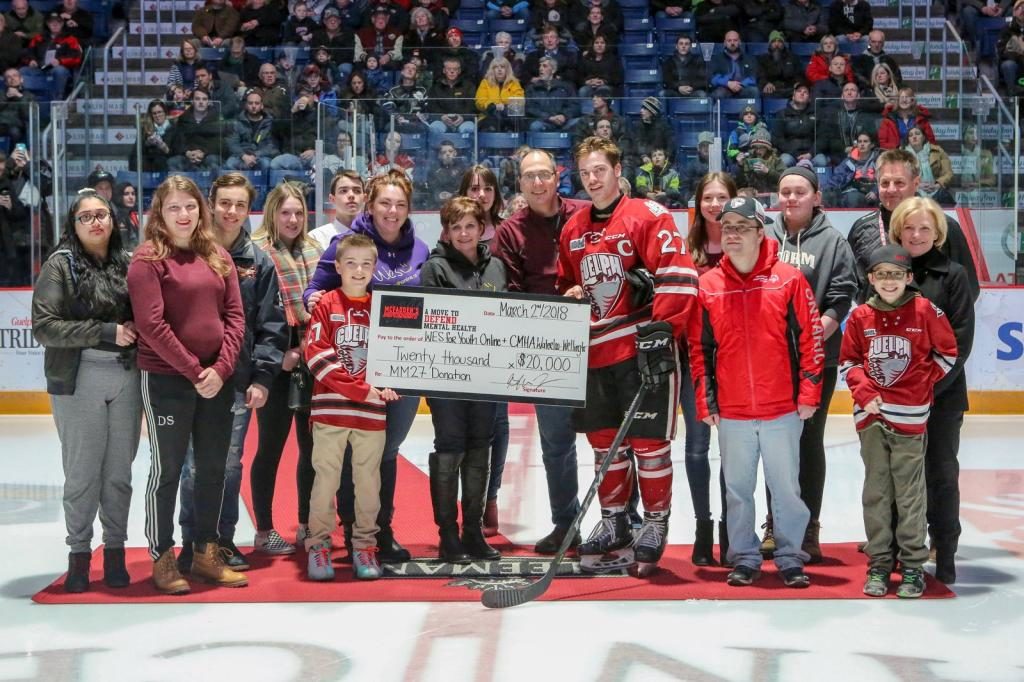 Spend any time around Guelph Storm captain Garrett McFadden and you’ll see why he’s earned the mantle of team leader. The 2017 OHL Humanitarian of the Year, McFadden – a native of Kincardine, Ontario – has become a champion for mental health during his time with the Storm, raising over $7,000 for CMHA Waterloo Wellington in the past three years.

On Friday, March 2nd, McFadden added to that tally once again, presenting a $10,000 cheque to CMHA Waterloo Wellington through his campaign, McFadden’s Movement, and raising his fundraising total to over $17,000 to date – a way to give back to the City of Guelph, the Storm captain says.

Having lost a close family friend, Wes Cameron, to suicide in 2011, McFadden has turned his experience of loss into a motivator for change, speaking with youth about the importance of mental health and launching McFadden’s Movement, a campaign that strives to change, help, and develop mental health among athletes starting at the grassroots level.

“I want athletes to realize they don’t need to ‘tough things out’ just because they are supposed to be more durable than the average person,” says the Storm captain. “I want to raise awareness and show that there are support systems for people who need it most.”