Nate Schnarr named Player of the Game in round robin finale 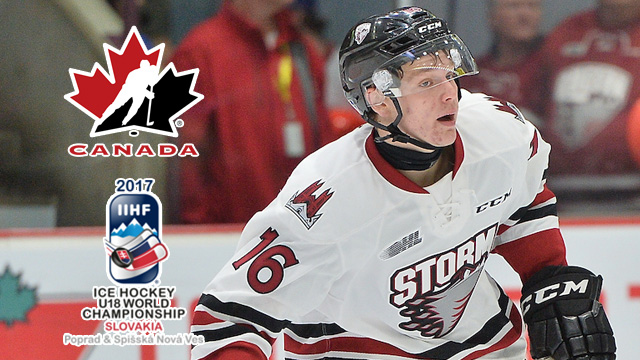 POPRAD, SLOVAKIA – Kristian Vesalainen closed out the preliminary round with a hat-trick to lead Finland over Canada 6-3 at the World Under-18 Hockey Championship.

Canada was outshot 34-20 as Teemu Engberg and defenceman Miro Heiskanen each had a goal and an assist for the Finns who used a three-goal second period to climb ahead for good.

MacKenzie Entwistle (Hamilton Bulldogs) led the way for Canada offensively with a goal and an assist while Jett Woo (Moose Jaw Warriors) and Jack Studnicka (Oshawa Generals) also found the back of the net in the loss.

Canada ends the preliminary round in second place in Group A with a 2-1-0-1 record, four points behind first place Finland who finished 4-0-0-0.

Canada now travels to Spisska Nova Ves for a Quarter-Final matchup against Sweden at 9:30am ET on Thursday.