Nico Daws is back in fine form 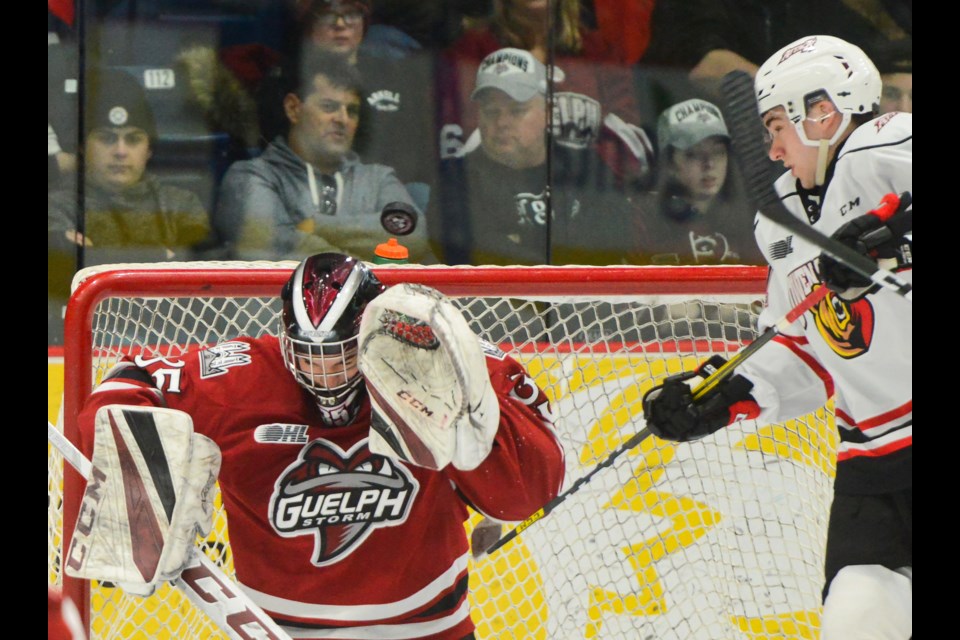 The rumours of Nico Daws’ demise were greatly exaggerated.

After a couple of rough outings upon his return from World Juniors duty, the Guelph Storm netminder has clearly returned to pre-Christmas form.

Healthy, playing regularly and confident, Daws is once again providing the kind of goaltending that made him the OHL’s best goaltender in the first half of the season.

Friday night at the Sleeman Centre he recorded his fifth shutout of the season, leading the Storm to a 2-0 win over the Owen Sound Attack on a night that saw Guelph outshot 40-14.

He had the first star honour wrapped up by the end of the second period.

“It’s been a while since I’ve had that many shots. Well, I guess Tuesday,” he said on second thought, remembering his 37 saves against London.