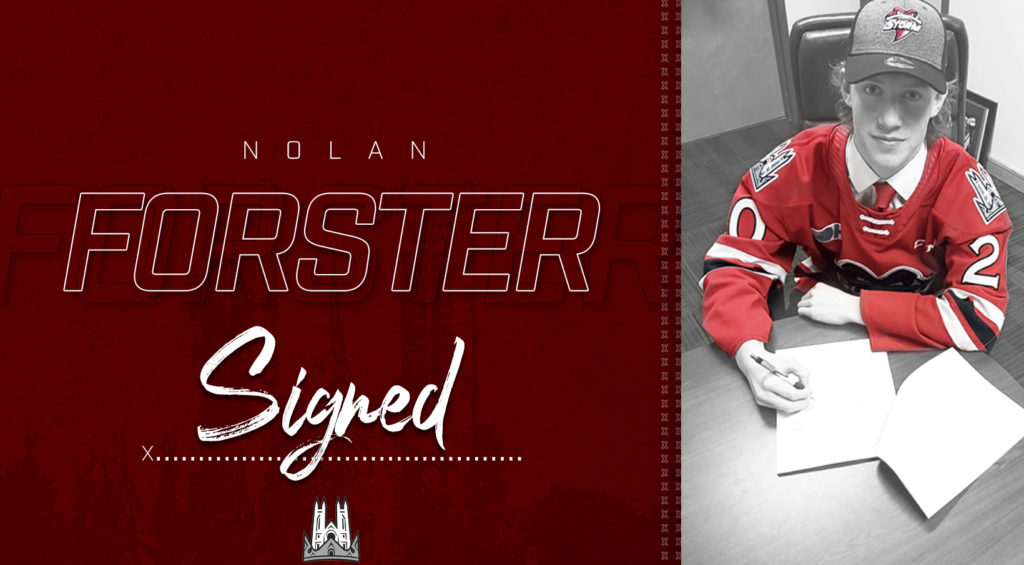 (Guelph) General Manager and Head Coach George Burnett announced today that the Guelph Storm have received a commitment from Nolan Forster and his family and have signed a Standard Player Agreement with the club.

Forster, a 5’10, 165 lbs forward from Cambridge, Ontario, was the Storm’s eighth round selection (156th overall) in the 2019 OHL Priority Selection.

“Nolan has had a terrific year playing Junior B with the Cambridge Redhawks,” said Burnett. “He brings excellent skill and speed to our team and we look forward to seeing him participate in a Storm jersey very soon.”

Forster enjoyed a great rookie season with the Cambridge Redhawks of the GOJHL, recording 14 goals and 44 assists for a total of 58 points in 47 regular season games.  Forster finished the season second in team scoring.

“I’m really excited to be a part of such a great organization,” said Forster. “Watching them do what they did last year was pretty incredible to witness. It motivated me to do everything possible to be a part of the Storm moving forward. I can’t wait to see what the future holds for me in Guelph.”

The 2003-born Forster is a product of the Toronto Marlboros Minor Midget program in the GTHL.  During his minor midget AAA season in 2018-19, Forster posted 15 goals and 30 assists for the GTHL’s Toronto Marlboros.