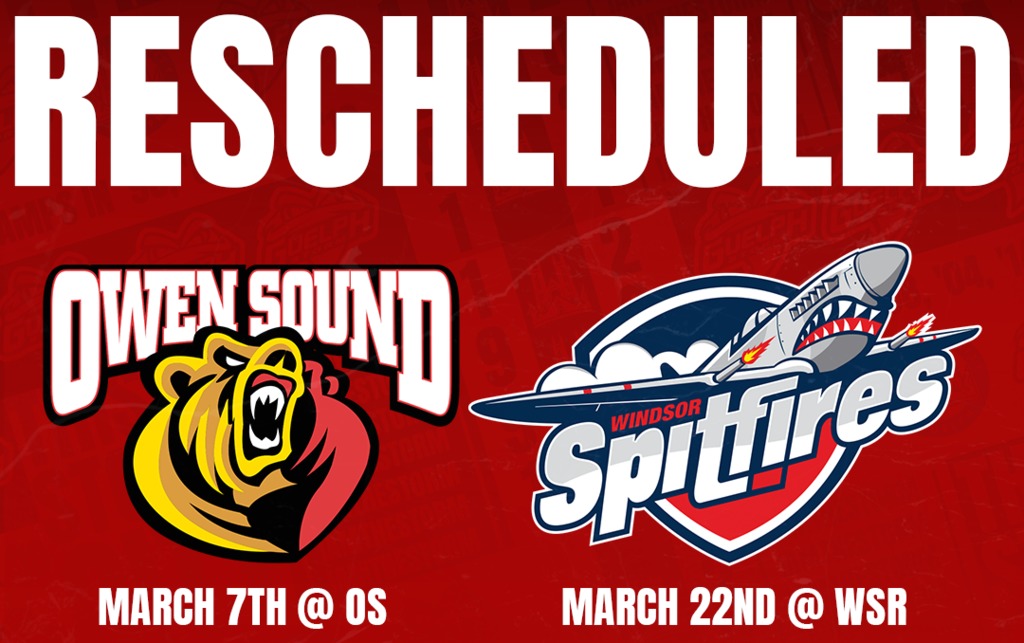 The League has also announced three rescheduled games to be played later this season.

Due to Covid-19 protocols, the following game has been postponed:
Friday, January 14 – Hamilton Bulldogs at Oshawa Generals

For a full list of postponed and rescheduled games, visit ontariohockeyleague.com.