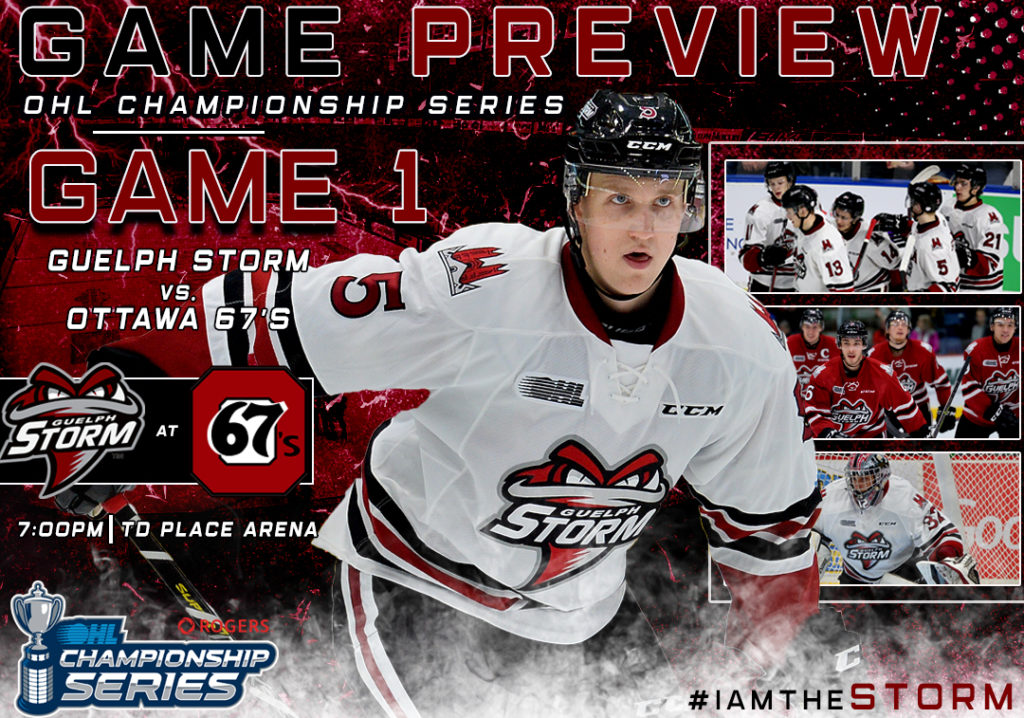 The OHL Championship Series begins on Thursday May 2nd at 7:00pm in Ottawa, as the Guelph Storm and the Ottawa 67’s face-off for the J.Ross. Robertson Cup.

The Guelph Storm were able to complete the comeback against the Saginaw Spirit on Monday to win the Western Conference Championship and book their ticket to the OHL finals against the 67’s. Cedric Ralph and Alexei Toropchenko scored to give the Storm a 2-1 lead heading into the final period, before Nick Suzuki scored into the empty net in what would become the game winner.

The Ottawa 67’s swept the Oshawa Generals in the Eastern Conference Finals to advance to the OHL finals back on Wednesday April 24th, and are still undefeated in the playoffs this year.

Round 1: Guelph Storm vs. Kitchener Rangers – Won the series 4-0

Round 2: Guelph Storm vs. London Knights – Won the series 4-3

Round 3: Guelph Storm vs. Saginaw Spirit – Won the series 4-3

Nick Suzuki has had an incredible post-season run with the Guelph Storm thus far, collecting 13 goals and 18 assists for 31 points in 18 playoff games. Nick was acquired from the Owen Sound Attack earlier this season and finished the regular season with 34 goals and 60 assists for 94 points.