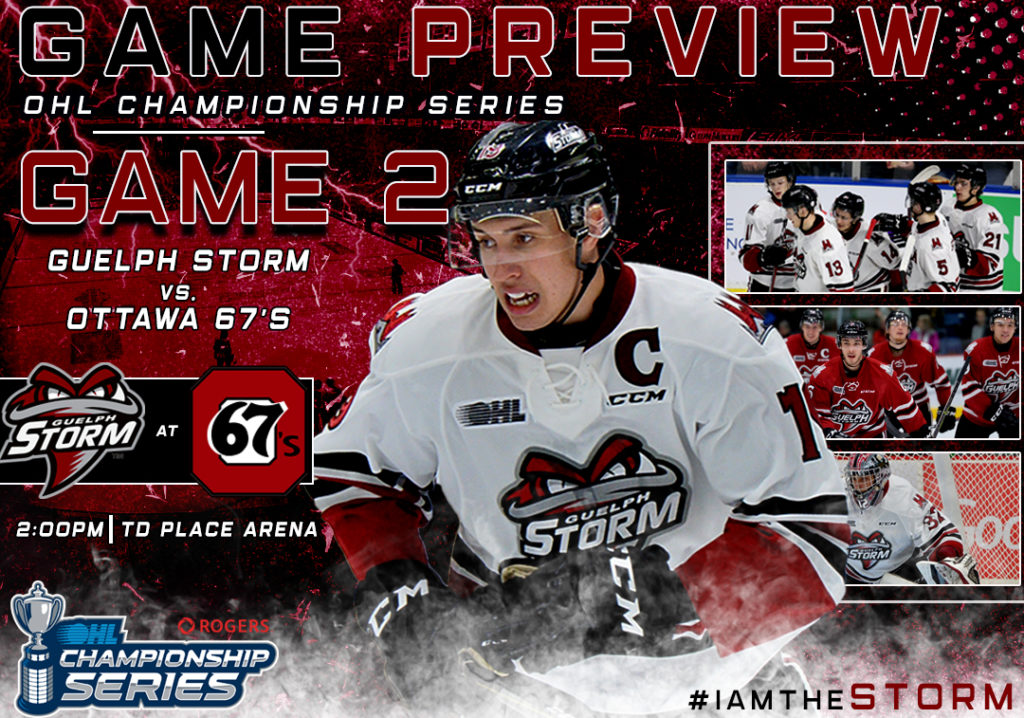 Game 2 of the OHL Championship goes Saturday afternoon as the Guelph Storm and the Ottawa 67’s face-off at 2:00pm in Ottawa.

Early in game 1 of the OHL Championship, Sasha Chmelevski scored to give the 67’s a 1-0 lead. Tye Felhaber scored late in the opening period on the power play to give Ottawa a 2-0 lead going into the 2nd period. Under a minute into the second period, Lucas Chiodo gave the 67’s a 3-0 lead before the Storm were able to get back into the game with goals by Isaac Ratcliffe and Nick Suzuki. Marco Rossi would score near the end of the period to give Ottawa a 4-2 lead heading into the final period. In the 3rd period, Fedor Gordeev took a 5 minute boarding penalty half way through the period and the 67’s scored 3 consecutive power plays to give Ottawa a 7-2 win and a 1-0 series lead.

MacKenzie Entwistle is playing in his second consecutive OHL Championship series after winning the Championship with the Hamilton Bulldogs last season. Entwistle has scored 5 goals and 11 assists for 16 points in 19 post-season games thus far for the Storm.