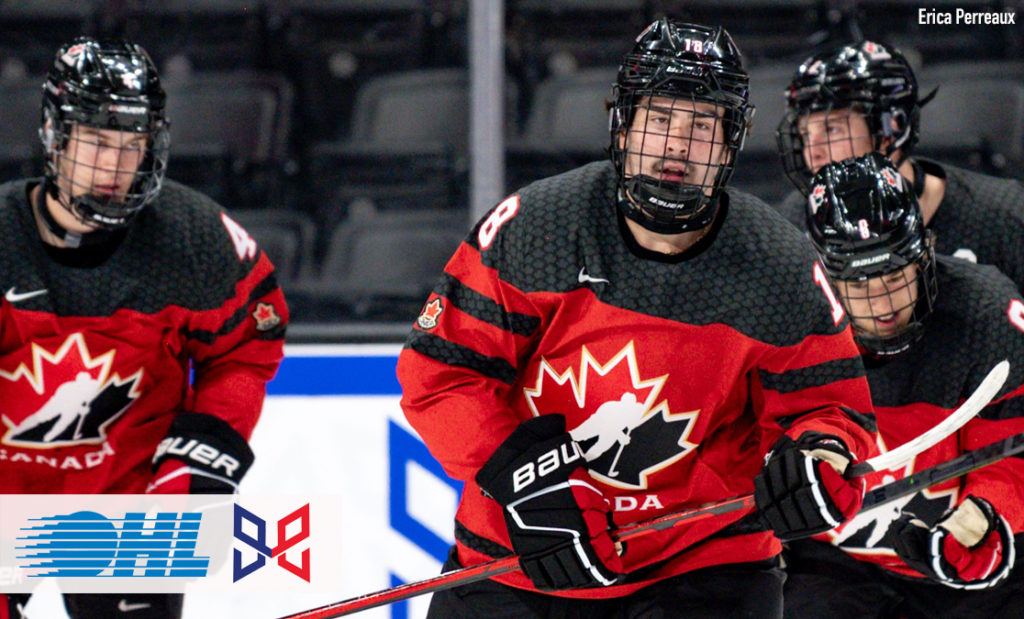 Canada outshot Switzerland 52-17 as 17 of the 20 players in the lineup recorded at least one point.

“It’s a privilege to play on the penalty kill,” said Barlow of his offensive success down a man. “You have to be thinking defence first but tonight we got a couple of bounces, and I was fortunate to capitalize on my chances.”

Ritchie had a goal and three helpers while Allen had four assists.

“I’m proud of our guys tonight,” added Allen.”Up and down the lineup we had guys chipping in. It’s tough to keep your head in it when the game gets away like that, but credit the Swiss, they played hard right to the end and kept us honest.”

Canada returns to action on Tuesday against Slovakia at 9:00pm ET.

United States 8, Germany 1
Carey Terrance (Erie Otters) found the back of the net off an assist from Quentin Musty (Sudbury Wolves) as part of a commanding 8-1 win for the United States over Germany. Game Centre