Former Guelph Storm goaltender Craig Anderson started out with patience, pushing his way straight through to an ongoing 14 seasons in the National Hockey League.

If nothing else, that’s the very thing to describe Craig Anderson’s career.

Selected in the 10th round of the 1998 Ontario Hockey League Priority Selection, Anderson was welcomed to the Guelph Storm with the team entering the 1998-99 campaign as reigning champions.

On that championship squad was Chris Madden, fresh off of being named the 1998 Memorial Cup goaltender of the tournament – a clear-cut backbone to the Storm’s rise to earning their first OHL title in franchise history.

In the 1998-99 season, with Anderson coming in as a freshman, the Park Ridge, Illinois native would serve as a backup to Madden, rounding out the American goaltending duo for the Storm.

Appearing in 21 games, the rookie netminder compiled a 12-5-1 record with a 3.10 goals-against-average, helping the Royal City earn a playoff berth.

Even with limited major junior experience, Anderson would still be a notable heading into the 1999 NHL Entry Draft, with the Calgary Flames selecting the Storm goaltender in the third round (77th overall).

Anderson’s sophomore campaign, remaining a duo with Madden, would feature more of an even split in the crease, this time with the 1981-born goalie posting a 12-17-5 record with a 3.59 goals-against-average in 38 games played.

The 2000-01 season, with Madden graduating from the junior ranks, would pave the way for Anderson to earn the starting roll in his third go-around with the Storm. Playing in 59 games, the six-foot-two, 184-pound goaltender posted a 30-19-9 record with a 2.63 goals-against-average and .918 save percentage.

With that, Anderson would be handed a few honours to conclude his major junior tenure, named to the OHL First All-Star Team, awarded the Storm team’s Most Valuable Player, and ultimately recognized as the OHL’s Goaltender of the Year.

Following the season, continuing to push for a professional playing career, Anderson re-entered the NHL Draft after the Flames failed to offer the netminder a contract. This time, the Chicago Blackhawks made the move, selecting Anderson – once again – in the third round and four spots earlier at 73rd overall in the 2001 NHL Entry Draft.

After splitting five seasons with the Blackhawks and their AHL affiliate, the Norfolk Admirals, the up-hill climb only continued for Anderson, who would eventually be passed through the NHL via waivers three times in less than two months in 2006.

That same year, the Florida Panthers welcomed Anderson to their team next, trading for the netminder on June 24.

Anderson spent three seasons in the Sunshine State, later signing as a free agent with the Colorado Avalanche on July 1, 2009.

Playing a season and a half with the Avalanche, Anderson would be on the move again, finding his way back to a Canadian market in the Ottawa Senators on Feb. 18, 2011.

From there, Anderson has spent the last six NHL seasons with the Senators, finally cementing himself as the go-to backstopper for Ottawa, and now an evident leader for a young Ottawa club this campaign.

It’s undoubtedly been a long road with a lot of stops for a former 10th round pick in the OHL Priority Selection, but a road that has Anderson suiting up for an impressive 14th NHL season this year. 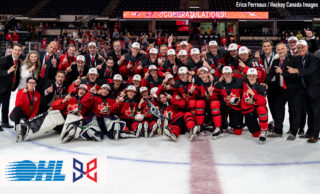 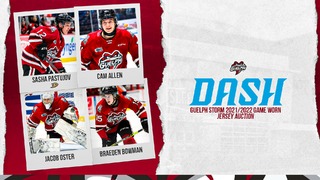