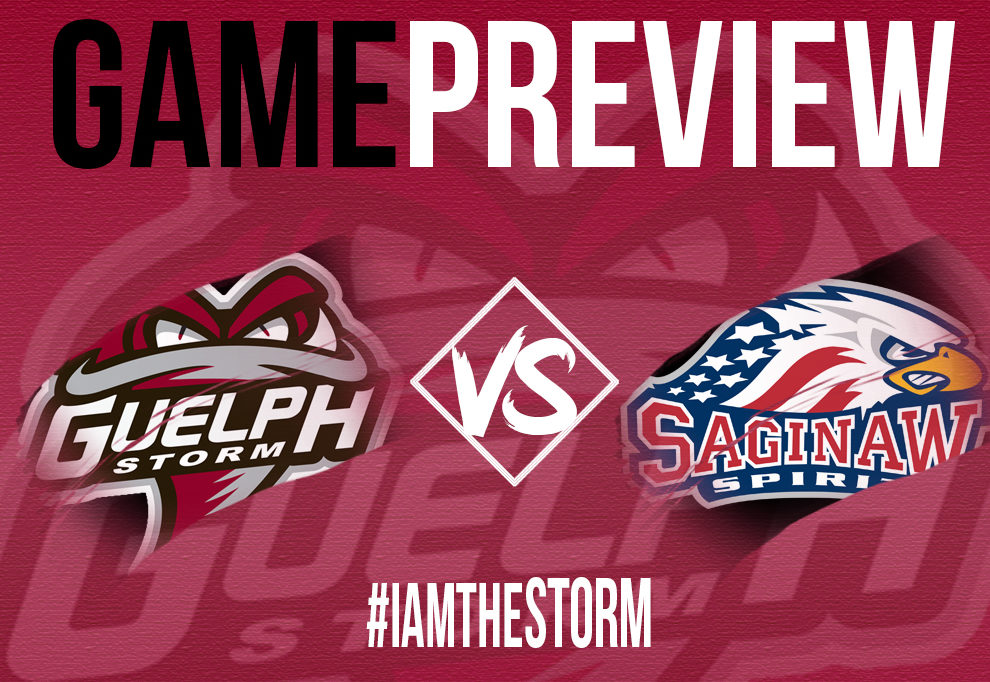 The Guelph Storm welcome the Saginaw Spirit to the Sleeman Centre on Friday night for the fourth and final meeting between the two teams, with the puck dropping at 7:30pm.

Friday will be the last meeting between the Storm and the Spirit, with the Guelph Storm leading the season series with a 2-0-0-1 record, while Saginaw enters the game with a 1-1-1-0 record.

The Guelph Storm have won 7 consecutive games, and a large reason for that is the play of #9 Nick Suzuki. In his last 7 games, Nick has scored 5 goals and 16 assists for 21 points, bringing his Storm totals to 10 goals and 31 assists for 41 points in 23 games played.

Bode Wilde has been a big reason for the Saginaw Spirit having a great season thus far, and over his last 10 games he has scored 6 goals and added 7 assists for 13 points. The 6′.3″ Defencemen is leading the team in scoring with 19 goals and 48 assists for 67 points in 56 games played for the Spirit.

The Guelph Storm will head to Owen Sound on Saturday March 9th to take on the Attack at 7:30pm before they head back home to finish their 3 in 3 weekend with a game against the Kitchener Rangers on Sunday March 10th at 4:00pm. The Storm will head into their final regular season week/weekend with a home game against the London Knights on Wednesday March 13th at 7:00pm, and their final home game of the regular season on Friday March 15th against the Erie Otters at 7:30pm. They will finish their season against the Otters in Erie on Saturday March 16th at 7:00pm before heading into the playoffs.