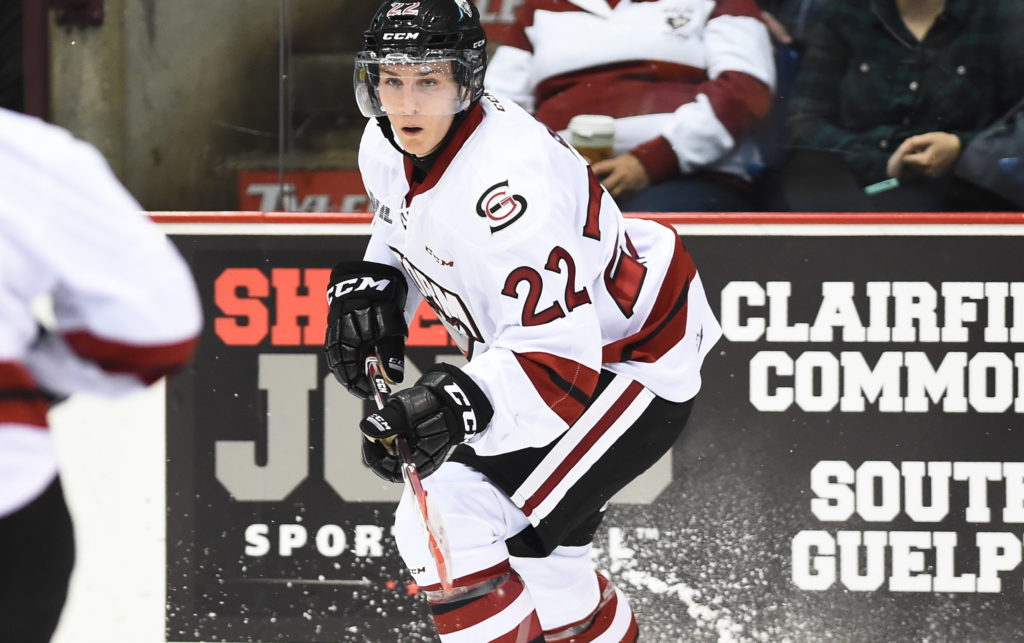 Pius Suter is the latest Storm graduate to make his NHL debut. The Swiss forward was part of the 2013-14 Storm OHL Championship team.

Suter went on to play in the top professional league in Switzerland after leaving Guelph. In five seasons with ZSC, he scored 168 points (81 goals, 87 assists) in 210 games. Last season he was the top scorer and named the most valuable player.

He tied for the Switzerland lead with five points (three goals, two assists) in four games at the 2018 PyeongChang Olympics.

Seven other Storm graduates were listed on NHL rosters to start opening night.