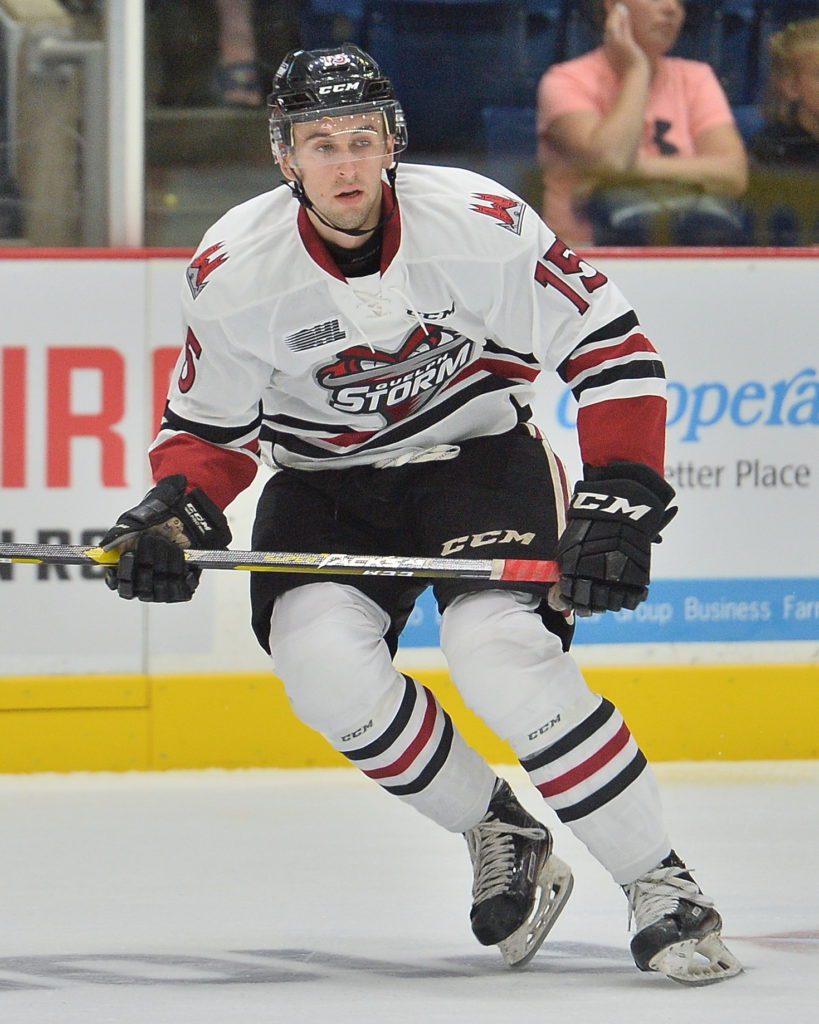 Instead, hockey and the fourth-year Ontario Hockey League veteran had more of a trials-and-tribulations type of beginning.

“[My parents] tried to make me do power skating and I would just cry and want to get off the ice,” Hawel recalled of his start, crediting his parents for getting him into the game. “My mom would force me to stay out there because she knew once I got the hang of it, that I’d love it so she helped me stay in it… I hated it at the start though.”

Was it just because he wasn’t good at it?

Now a Dallas Stars prospect, selected in the fourth round (101stoverall) in the 2017 NHL Entry Draft, talent and whether a mother knows best definitely isn’t in question.

Still, it hasn’t been all smooth sailing since conquering skating and leaving the tears behind.

“it’s been a mix between my first year and my draft year,” Hawel said of his biggest challenges to date. “My first year, I was adapting to a new city, moving away to Sault Ste. Marie which is pretty far away from home, having that grind of the OHL every day… and then that pressure in my draft year. I put a lot of pressure on myself and there were a lot of nerves, but in the end, I actually got drafted and it was all worth it.”

Ironically, just as being selected in the NHL draft worked out, one of Hawel’s noted obstacles is also the thing he is most proud of to date, highlighting the character behind the seemingly (but not always) soft-spoken 19-year-old forward.

“Making that transition into the OHL… it was a different experience, especially when you’re younger,” Hawel explained, also reflecting on how he’s developed over the years. “I was pretty nervous all the time, I didn’t talk a whole lot. I didn’t really try to do much on the ice either, except pass the puck… I was just hoping to not get scored on or screw up. I wasn’t really sure of what to expect but making that transition and playing in a lot better of a league is something for sure.”

Since then, Hawel – a former first round selection of the Sault Ste. Marie Greyhounds – has gone through moving to a new team with the Guelph Storm in 2016, an NHL draft, and had numerous experiences with the Dallas Stars, including getting the opportunity to attend main camp this past September.

“I had a great experience at development camp again this year and then being able to go to main camp this year,” the Arnprior, Ontario native said, adding that missing the opportunity the year before due to injury made it a little bit more special this time around. “Just getting to see the pros and guys like Tyler Seguin was really cool – just to see what they do every day was an awesome experience.”

An experience that goes right back to that first time on skates for Hawel, and the two who made it all happen.

“My mom and dad obviously,” Hawel said of parents, Andrew and Maureen. “They’re the ones who helped me start up in hockey, drove me everywhere, spent money to get me into higher levels and teams, and to get me training when I was younger… I definitely have to thank them for it all.”

After looking back, the six-foot-five, 183-pound centre only has sights on what the rest of this season can be.

“I want us to make a deep playoff run – I think we have the guys to do it. We have the potential to do really well this year… hopefully win the West, and making the Memorial Cup is obviously the goal,” Hawel said. “While for me personally, I want to do whatever I can to help the team win – if that earns me in a contract, that’s a great second goal, but for right now, I’m just focused on helping the team win and doing my part.”