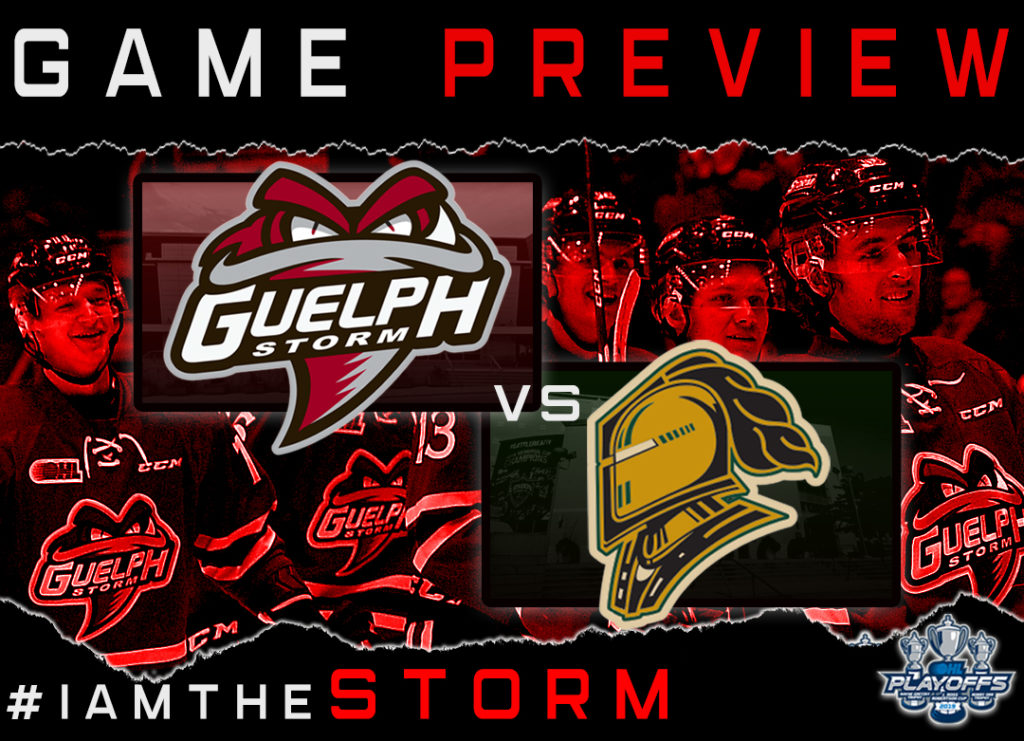 The Guelph Storm and the London Knights return to the ice for game 3 of the Western Conference Semi-Finals on Monday April 8th at 7:00pm at the Sleeman Centre.

Sunday afternoon, the Storm and Knights took to the ice to play game two of their best of seven series, as the London Knights took a 1-0 lead into the 2nd period. London added another goal late in the 2nd period to give the Knights a 2-0 lead after 40 minutes. The 3rd period was a disaster for the Guelph Storm as London scored 5 goals in the opening 6 minutes of the period to give London a 7-0 lead and a 2-0 series lead heading to Guelph.