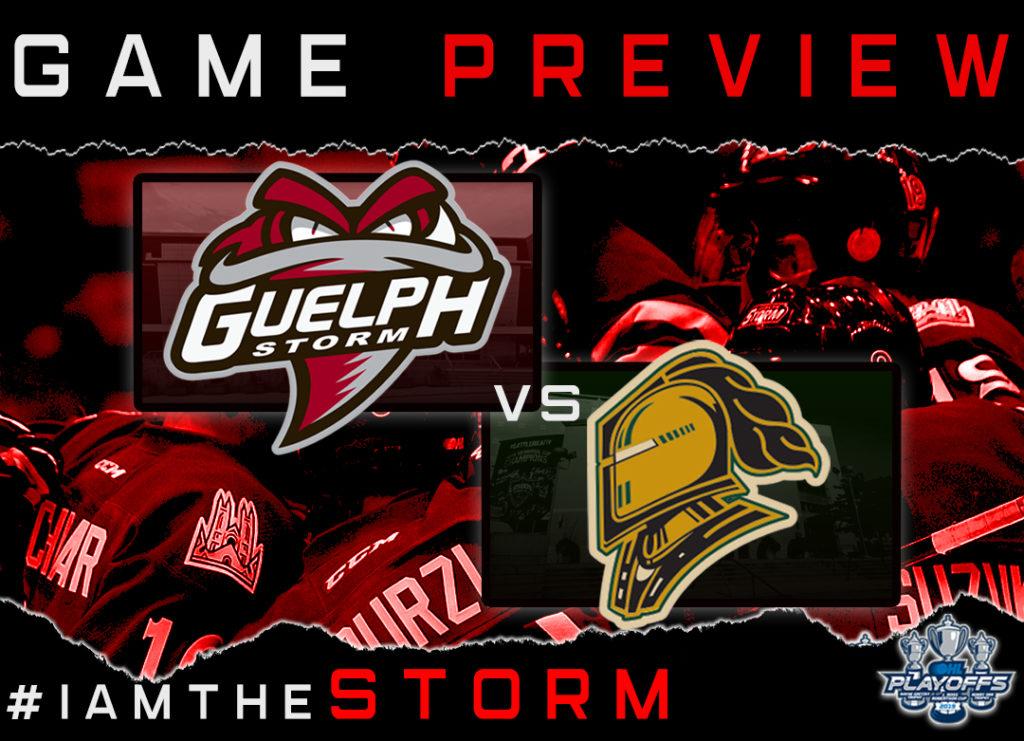 The Storm head to London tonight for game #1 of the Western Conference Semi-Finals against the Knights. Puck drop is at 7:30pm at Budweiser Gardens.

During the regular season the Guelph Storm and the London Knights faced off six times with London having a head to head record of 2-3-1-0 and the Storm posting a 4-1-0-1 record.

Games one and two between the Storm and Knights were decided in extra time, with both teams splitting the games. Game three was a high scoring affair, with the Storm winning 7-5 in London, before they lost 6-1 against the Knights in game four. Games five and six were dominated by the Storm as they would go on to win both games by a combined score of 12-4 and winning the season head to head matchup.

Through the six games during the regular season, the London Knights were led offensively by Liam Foudy (3G, 3A), Evan Bouchard (1G, 2A) and Adam Boqvist (2G, 1A) and scored a combined 19 goals against the Storm.

The Storm through the regular season matchup were led by Nate Schnarr (5G, 3A), Isaac Ratcliffe (4G, 2A) and Dom Commisso (3G, 2A) and scored a combined 24 goals through the six meetings.

Nine points separated these teams in the standings. The Storm finished 4th with 90 points, while the Knights won the Western Conference by finishing 1st with 99 points.

The Guelph Storm dominated their first series opponent the Kitchener Rangers by sweeping them in four games to continue their post season. Guelph outscored Kitchener 22-6 in their series that included a game 2 shutout by Storm goaltender Anthony Popovich.

Sweeping the Spitfires in the 1st round, the Knights had an almost identical first series as the Storm. London outscored Windsor 20-8 in their series which also included a game 2 shutout by Knights goaltender Jordan Kooy.