Q&A with Toronto Marlies goalie Garret Sparks: “I expect to be in the NHL” 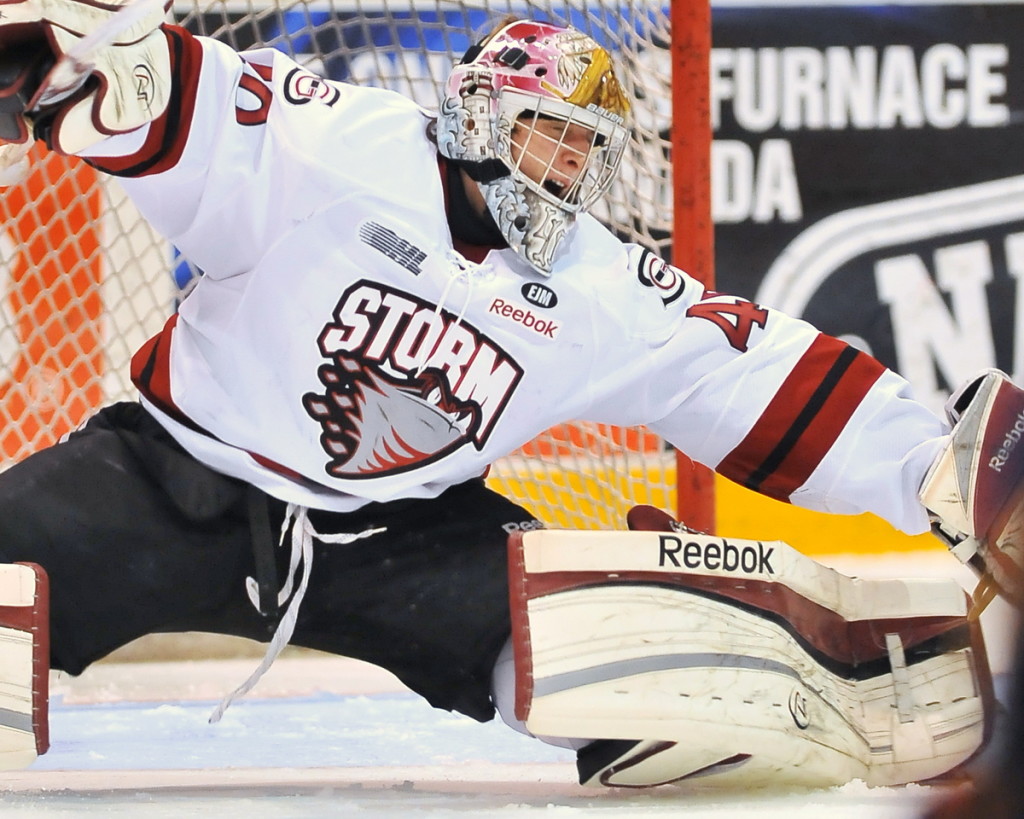 Garret Sparks’ mom, Lisa, would sit down on a single step in the family kitchen, a bucket full of tennis balls by her side, and try to chuck them past her seven-year-old boy, who’d frantically block the fuzzy projectiles from hitting a rather wide “net”—a turned-over pool table.

“I don’t know if the love of goaltending came from that, but she definitely helped prepare me for big games when I was younger,” Sparks grins. “You gotta do what you gotta do at that age to get in the zone, and it worked.”

Sparks backstopped the Toronto Marlies in back-to-back home victories, one in OT, over the weekend to seize a 2-0 series lead over the Lehigh Valley Phantoms in the AHL’s Eastern Conference final.

The seventh-rounder (2011) is now 8-2 with a .921 save percentage in a charmed post-season that is serving as an encore for his pristine regular-season campaign.

“It’s really been a nice partnership,” says head coach Sheldon Keefe. “Just the way [Pickard] is as a teammate and just the energy that he has around the rink and the success that he’s had as a goaltender has really helped Sparks find another level in his game and push him to be at his best every day.”