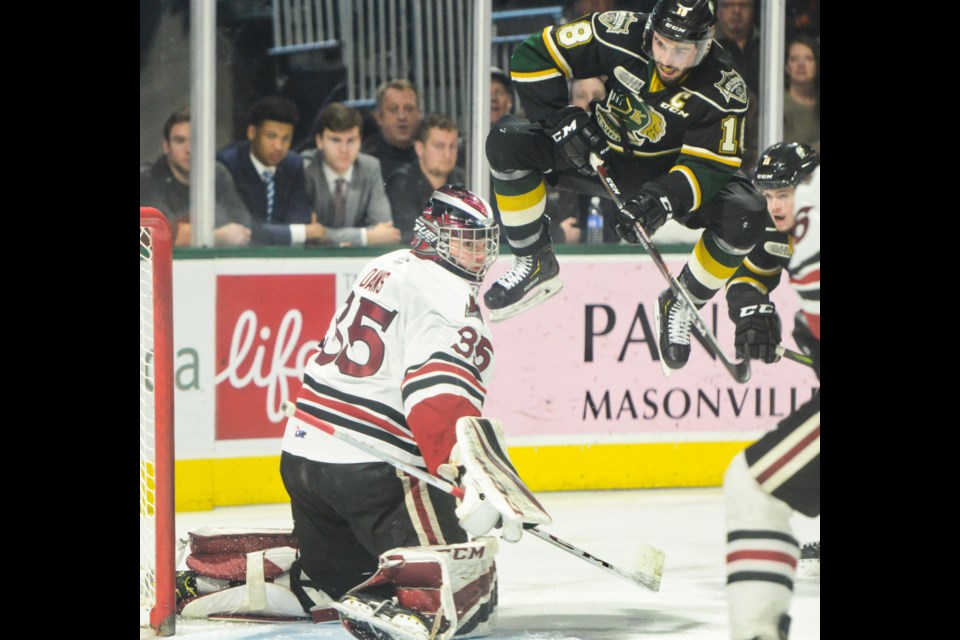 He was a 16-year-old rookie when he took on Sam Duchesne of the Flint Firebirds. It didn’t go that well, the Guelph Storm forward admits.

But he answered the bell Tuesday night in London, jumping in to fight the much bigger Hunter Skinner in the second period with Guelph trailing 1-0 after the Knights defenceman levelled teammate Ben McFarlane.

The fight seemed to spark the Storm as they rallied to down the Knights 3-1 at Budweiser Gardens.

“That was the play of the game right there,” said McFarlane.

“I didn’t think twice,” Ralph said of stepping in against Skinner, who is five inches taller. “I saw Benny took a little bit of a hit and our whole team has each other’s backs. I’d know he’d do the same for me.”