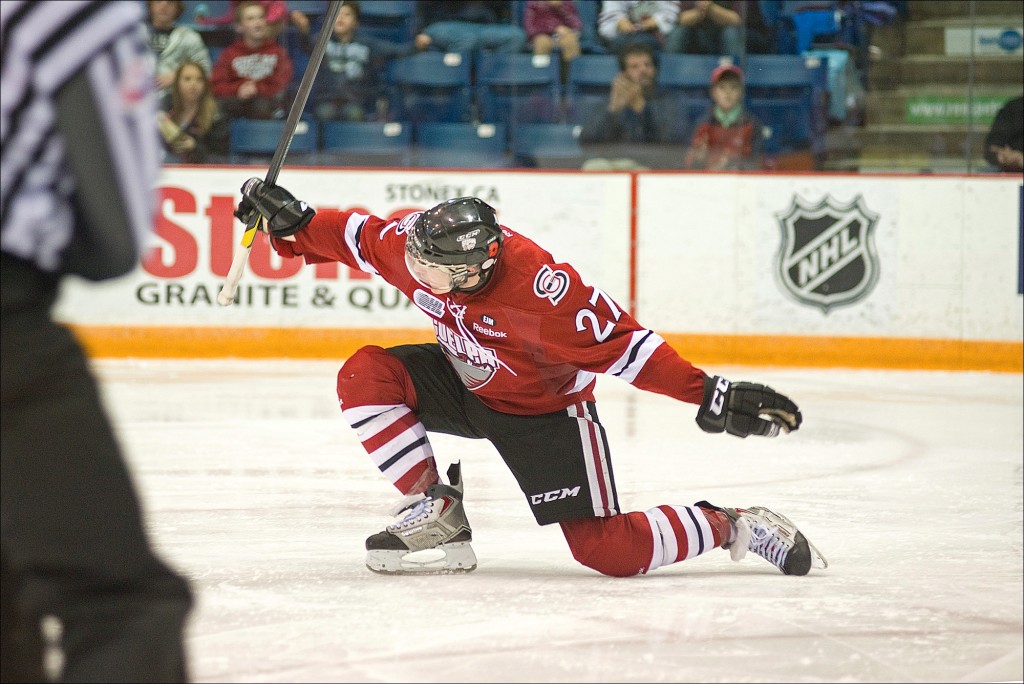 Former Guelph Storm forward Tanner Richard was recalled by the NHL’s Tampa Bay Lightning on Monday. Should he debut with the Lightning, Richard will become the 52nd alumnus to play in the NHL, and the third this season.

Richard, 23, has appeared in 22 games with the Syracuse Crunch this season, where he currently sits fourth in team scoring, with 17 points (seven goals, 10 assists). During the 2015-16 season, Richard appeared in 71 games with the Crunch registering a team leading 54 points (11 goals, 43 assists).

In two seasons with Guelph, the Canadian-Swiss forward played 95 regular season games collecting 110 points (24 goals, 86 assists), he also appeared in 11 playoff games with the Storm where he recorded eight points (one goal, seven assists). Richard finished in top-five in team scoring both seasons.