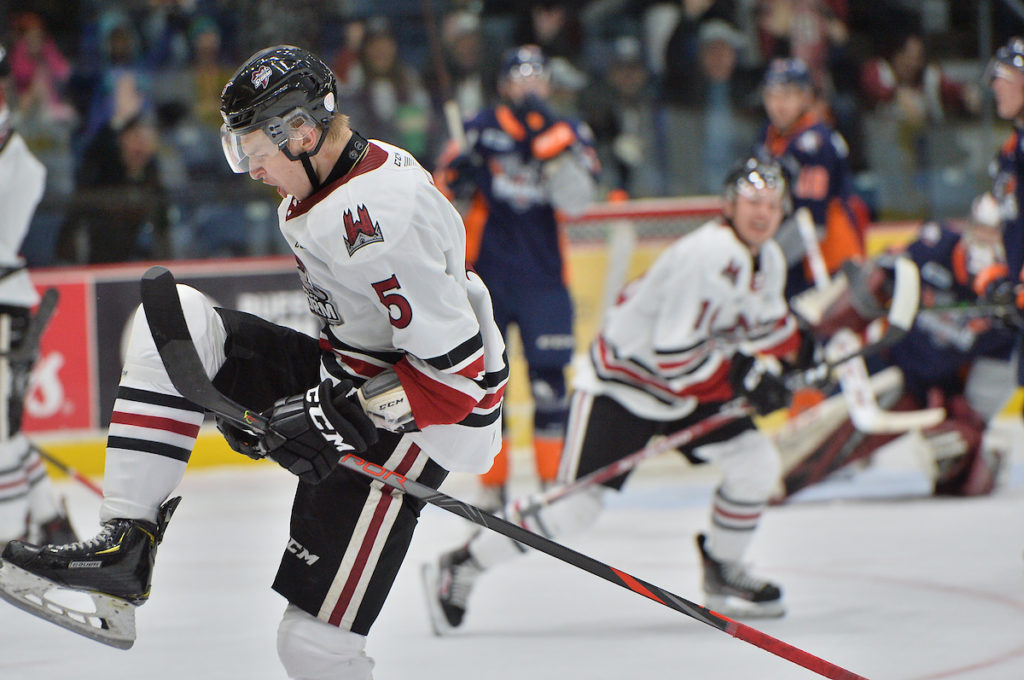 Daniil Chayka’s hockey tape bag is heavier than most. It bears an unexpected gift that is perhaps as important as any other accessory. A golden horseshoe has traveled over 7,000 kilometers from Ontario to Moscow—a talisman that brought Chayka an OHL Showcase Cup, and one that reminds the eighteen-year-old of his second family in a faraway home.

“When I played in Toronto, my first year, I met a really great family from Italy,” Chayka shared from Team Russia’s World Juniors camp. “They knew my coach from my other midget team. Sometimes I stayed with them, and my hockey equipment was always stored in their garage. Before my first game in Canada—I think it was an exhibition game in the summer—I saw a golden horseshoe on the wall between the two floors of the garage. I touched it, and I scored a goal in that game.”

Unwilling to tempt fate, Chayka touched the horseshoe everyday and continued to find on-ice success. When he finally revealed the ritual to his host family, Chayka’s host father gifted him the horseshoe. It has since logged major miles from Toronto Pearson to Sheremetyevo International, and will soon make its way to Edmonton, Alberta. If we can glean anything from the horseshoe’s track record, Chayka is well-placed to return home with additional hardware.