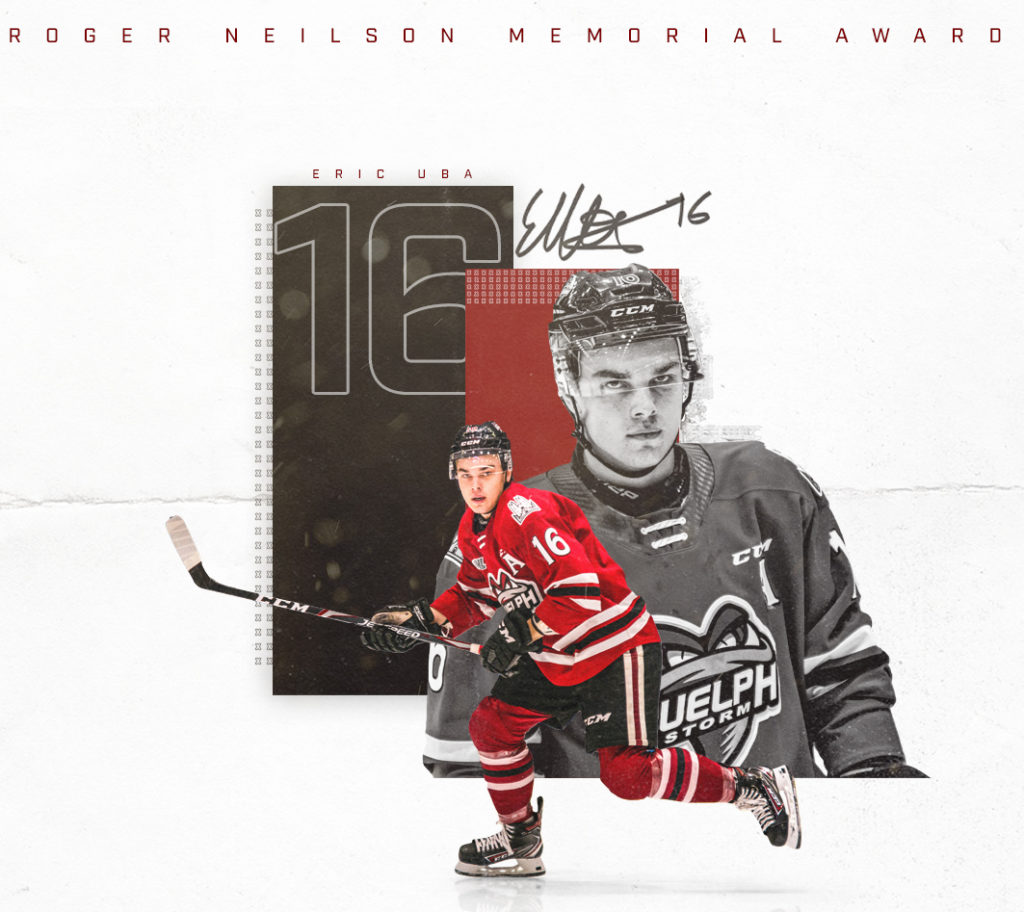 The Roger Neilson Memorial Award is awarded annually to the team’s top academic player in post-secondary studies. The winner of the team award is the team’s nominee for the OHL award of the same name / recognition. The award was first given out in 2005 and is named in honour of Hockey Hall of Fame coach Roger Neilson, a former high school teacher and coach of the Peterborough Petes.

Presented for the past 15 seasons, the OHL’s Roger Neilson Memorial Award has been claimed by Guelph Storm players three times in the last eight years: Tim Priamo in 2009; Kyle Pereira in 2012; and Justin Nichols in 2015. The 2014 recipient was former Storm forward Patrick Watling, then with the Greyhounds.

Taking Introduction to Marketing and Microeconomics while maintaining a mid 80’s average, this year’s Top Academic Player in Post-Secondary Studies and our nominee for the Roger Neilson Memorial Award is forward Eric Uba.