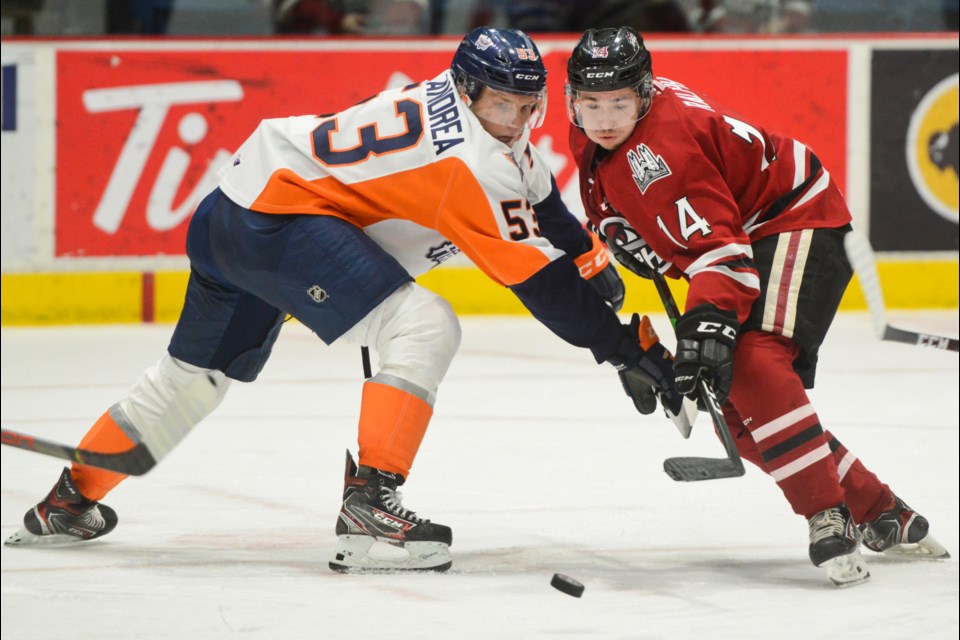 For a while it looked like the Guelph Storm was on its way to snapping its eight-game losing skid Friday night at the Sleeman Centre.

After falling behind 3-0 in the first period, the Storm responded with four unanswered goals in the second period then scored early in the third to take a 5-3 lead and all the momentum.

Then the roof fell in.

Flint scored four consecutive goals in the third period to pull out the 7-5 win.

“In the third it was kind of 50/50 then for a couple of minutes we got into some mental lapses in the D zone and that just made the outcome the way it was,” said Storm forward Eric Uba, who had two of the Storm goals.