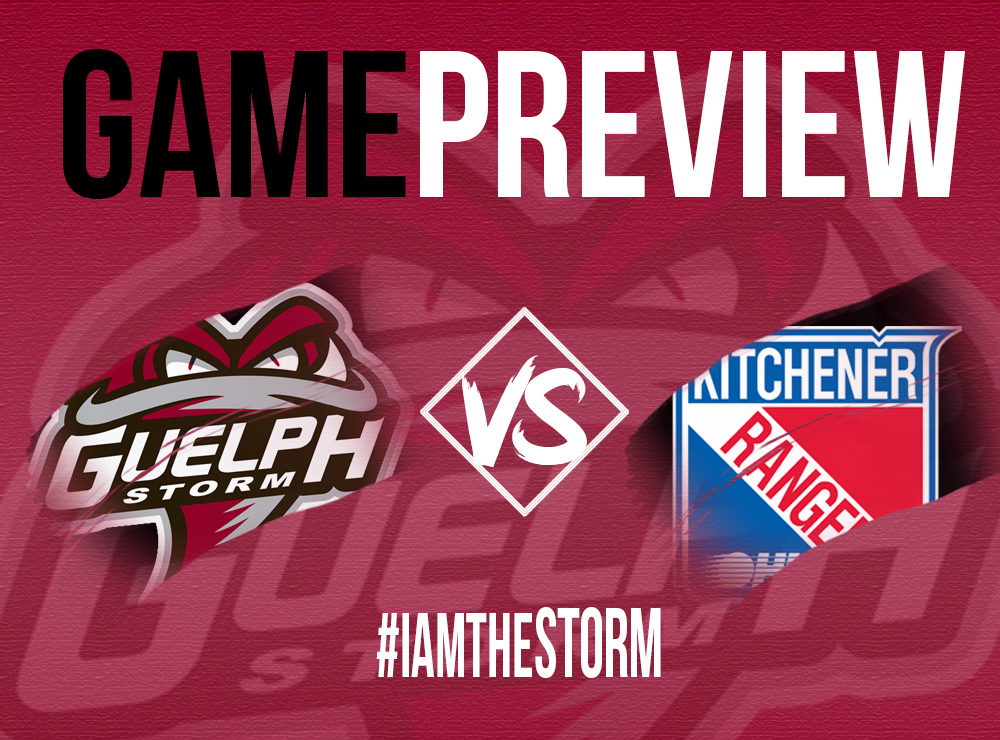 Sunday’s game on December 2nd at 2:00 pm when the Kitchener Rangers visit the Sleeman Centre will feature our annual Holiday Toy Drive in support of the Salvation Army and proudly sponsored by Zehrs®.

Sunday afternoon the Guelph Storm will face off against the Kitchener Rangers for the fourth time this season. The Storm are 2-1-0-0 in the head to head matchup and have outscored Kitchener 11-9 in those games.

Guelph and Kitchener are both coming off tough losses on Friday evening and will both be looking to get 2 points on Sunday afternoon. Coming into Sunday’s afternoon game, The Storm are in 3rdin the Western Conference with 32 points, and the Kitchener Rangers are in 8thin the conference with 26 points.

Jonathan Yantsis is having quite the season for the Kitchener Rangers thus far, with career high numbers through 27 games. Jonathan has scored a career high 20 goals this season as well as career high 9 assists for 29 points this year.

Anthony Popovich is well on his to having a career year for the Guelph Storm. He is on pace for career highs in wins, GAA and SV%, and has been playing at a very high level for the last 3 weeks. Anthony has been the #1 goalie for the Storm for the second consecutive season, and will be extremely important to the success of the Storm throughout their regular season and playoff run.

Over the last two seasons, over 800 toys have been generously donated by Storm fans.