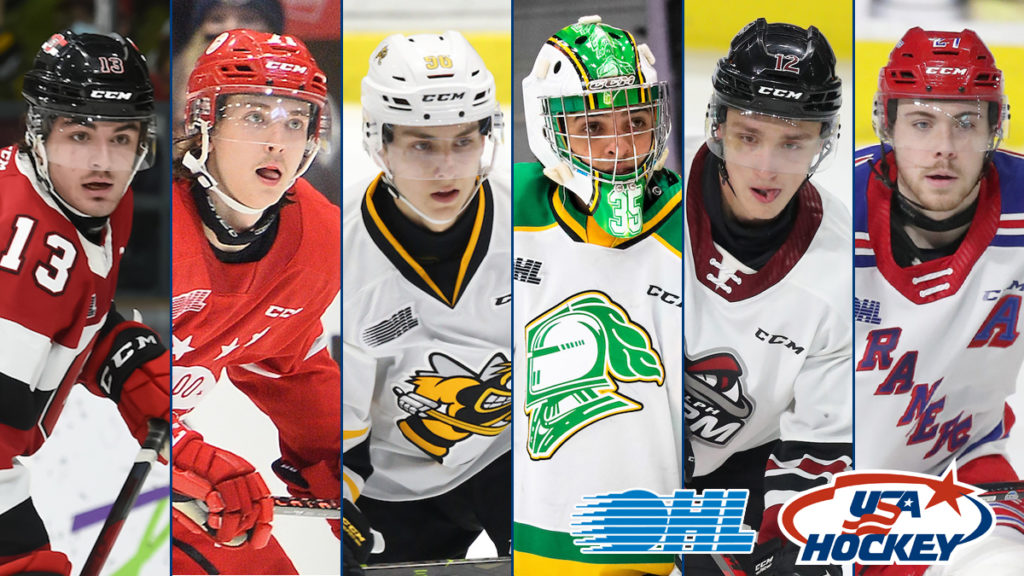 USA Hockey announced Tuesday that six OHL players have been invited to their National Junior Team Evaluation Camp set to take place from July 24 to August 3 at USA Hockey Arena in Plymouth, Mich.

The 2022 U.S. National Junior Team will play in the 2022 IIHF World Junior Championship August 9-20 in Edmonton, Alberta, and the final 23-player roster is expected to be announced by August 3. The tournament was originally scheduled for Dec. 26, 2021 – Jan. 5, 2022, in Edmonton and Red Deer, Alberta, but was canceled due to COVID.

A total of 21 states are represented among the 60 invited players, comprised of 35 forwards, 20 defensemen and five goaltenders.