Saxon on the Storm: Will a summer of change reap rewards for the Guelph Storm? 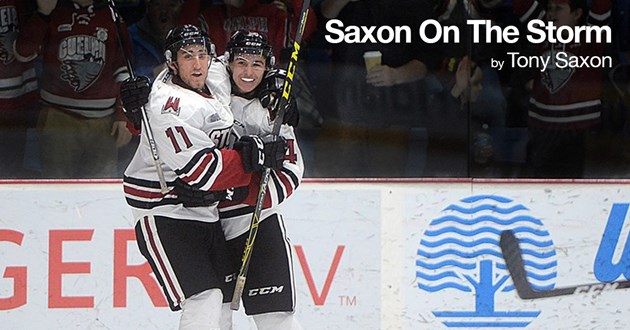 It was indeed a summer of change in Stormland, but when you finish second last and last in consecutive years, things have to change.

Junior hockey may indeed be cyclical by design, but that doesn’t guarantee that things will get better just because the calendar flipped over. The right people, on and off the ice, facilitate positive change no matter how high you draft. The wrong people can prolong it.

So let’s take a look at the changes the Storm made in the off season.

George Burnett: Obviously the biggest and most significant change, Burnett brings a new philosophy, culture and personality to the coaching and general manager position.

Better? Ask me in two years.

Some have described the atmosphere around the team in the past few years as a “country club” atmosphere. I’m not sure that’s fair. Different people have different approaches.

Burnett is tough, strict and demanding. Some players are not going to respond well to that. But the owners of this team obviously felt that the time was right for that approach.

He didn’t ask for a trade and wasn’t in any way, shape or form a disruptive influence in the dressing room.

I think this was just a case of Mark Shoemaker being available in the second deal and Burnett preferring that more familiar option.

Burghardt/Moncada trade: Burghardt was clearly one of the more frustrated players on last year’s team and should welcome the opportunity to move to a new situation and conference. With his skating ability, he can be a first line player in this league, although he’s going to have to embrace Stan Butler’s defensive mindset if he’s going to succeed in North Bay.