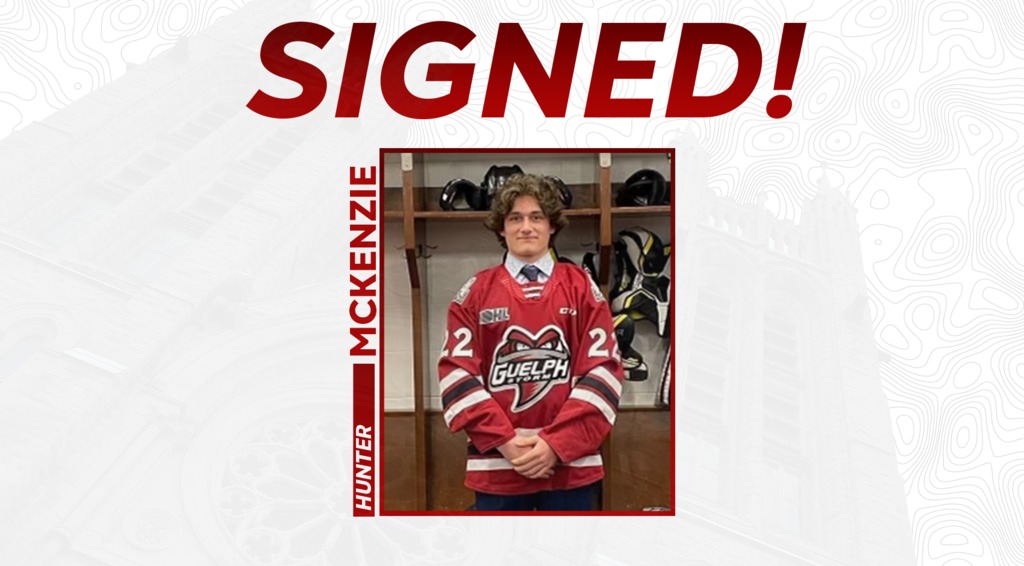 The 6’0, 200 lbs centreman from Holstein, Ontario was selected 40th overall in this year’s OHL Priority Selection.

“As one of the youngest players available in this year’s draft class, Hunter has displayed an impressive combination of power and skill throughout the season,” said GM and Head Coach George Burnett. “He was also very effective while playing Junior B with the Listowel Cyclones. Hunter will be a welcomed addition to our young forward group.”

The 2006-born McKenzie is a product of the Halton Hurricanes U16 AAA program where he had an excellent 2021-22 campaign; recording 18 goals, 19 assists for 37 points in 24 games. McKenzie added 6 goals and 3 assists for 9 points in 6 playoff games for the Hurricanes U16 squad. The forward also played 3 games for the GOJHL’s Listowel Cyclones where he notched a goal and an assist.

“Being drafted by the OHL team that I always watched growing up is a huge honour,” said McKenzie. “I cannot wait to start my career in Guelph and grow as both a player and a person.”