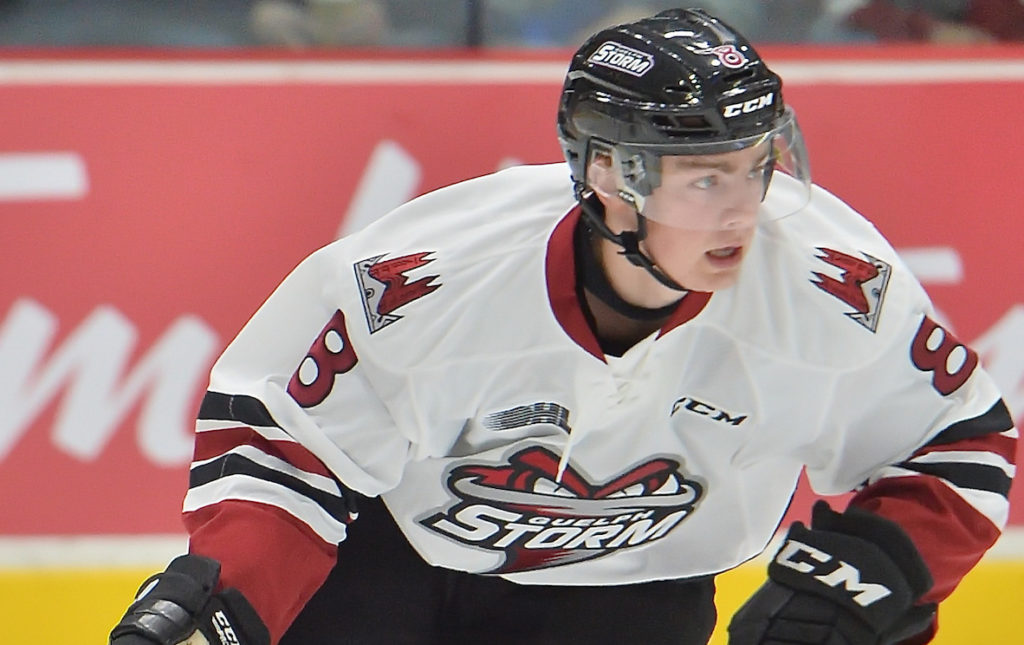 You find out a lot about a person’s character when things aren’t going well.

So it should come as no surprise that new Guelph Storm captain Cam Hillis made a big impression on coach George Burnett last season when he wasn’t in the lineup.

“I still think, and will always say, that he had a much bigger impact on our success than people know,” Burnett said Sunday on Day 2 of training camp.

“I think what he endured last season through our entire season, you wouldn’t wish that on your worst enemy. Three major injuries and how hard he fought to get back …. Seeing him in there and the countless hours he was on his own rehabbing.

“You feel for the kid how he burns to play. It killed him not to be out there on the ice,” Burnett said.

If he can stay healthy, being out on the ice will not be a concern this year. He’ll likely be the team’s number one centre playing in every conceivable situation.

Hillis says that wearing the ‘C’ on his jersey has been something he’s wanted since landing in Guelph.

“It’s been a goal of mine since I got to the team,” Hillis said, “definitely something I was hoping for.