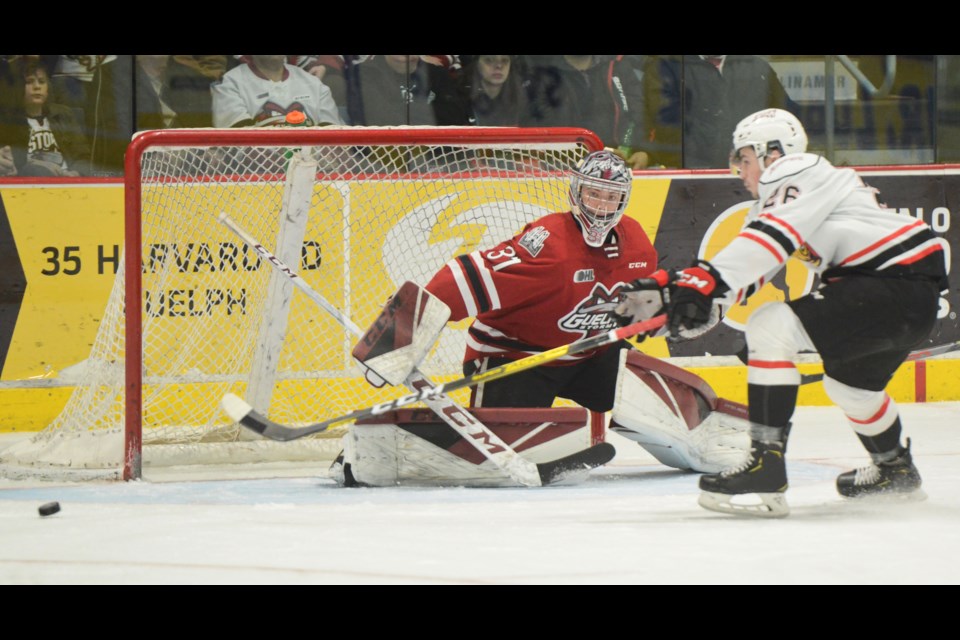 After the Guelph Storm lost its fifth straight game Friday night, it was time for a little chat.

After coach George Burnett had his post-game talk with the team and headed back to his office following a 4-1 loss to the Owen Sound Attack at the Sleeman Centre, the players held a players-only meeting.

“I think we’re all a little frustrated right now, but we’ve hashed it out, we just talked about it in there, we don’t want to play like this, it’s not how we’re going to play,” said Storm captain Cam Hillis.

“Tomorrow’s a new day. We’re going to park it here, but if you asked any guy in that room they’re not satisfied with how they’re playing right now.”

Hillis said the players were honest with one another in the meeting.

“There was a point last year where we had a meeting like that and things really turned around. We’re just going to focus on playing for each other and supporting each other and see what happens,” he said.