Smith returns to line up, Storm lose 7-4 to Knights 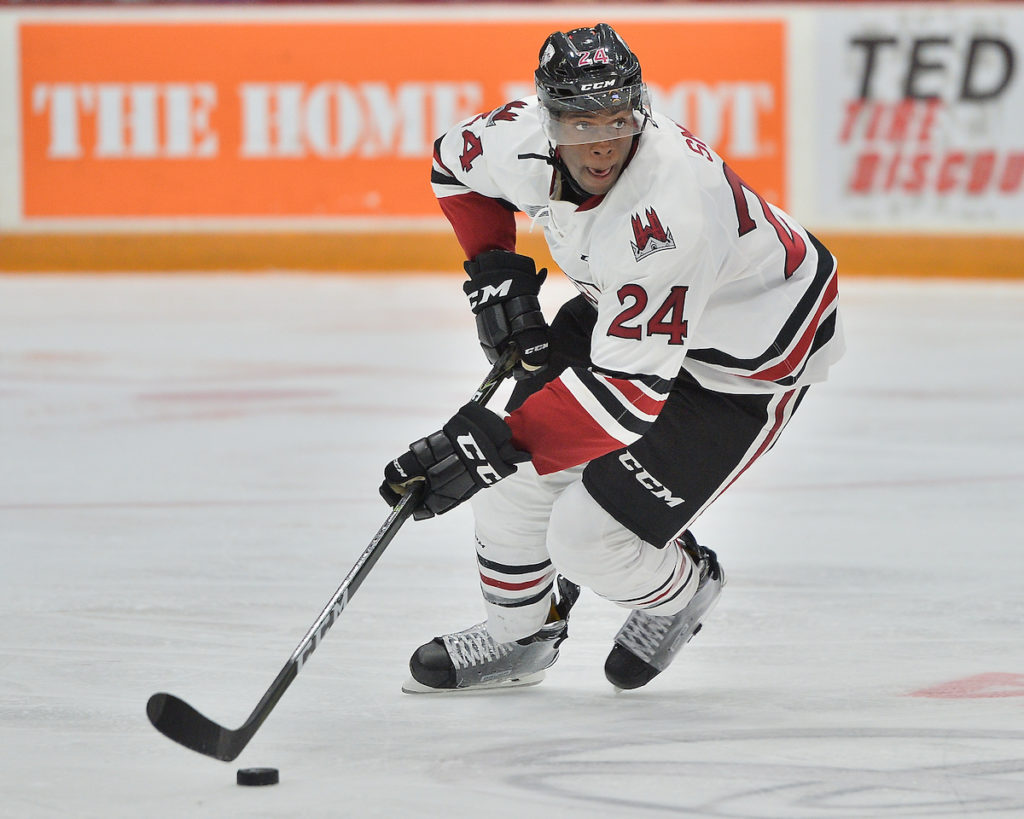 If there was a silver lining in the Guelph Storm’s 7-4 loss to the London Knights Thursday night it was seeing big number 24 back in a Storm jersey.

Givani Smith returned to the Storm lineup Thursday night for the first time this season after missing the team’s first 19 games with a high ankle sprain suffered at the Detroit Red Wings training camp.

Smith was held off the scoresheet but played a regular shift until a late 5-2 score and concern about playing him too much saw him watch the last 15 minutes or so of the game from the Storm bench.

It was a one-goal contest until the Knights potted a pair of empty-net goals in the final two minutes of play.

“It feels really good, after two months to be finally playing games and skating with the team,” Smith said following the game.

“It was really hard. I’ve never had this injury before or anything like this. It felt just fine walking, but when I tried to skate it just felt like I got stabbed in the foot.”

Smith, who had a week of full practice with the team, said the ankle felt relatively fine, but he admitted his timing was a little off.

“The ankle felt good and I should be ready for this weekend,” he said.

Storm coach George Burnett was cautious with Smith, being careful not to overplay him his first game back.

“He’s certainly a force and it’s fun to see him out there,” Burnett said.