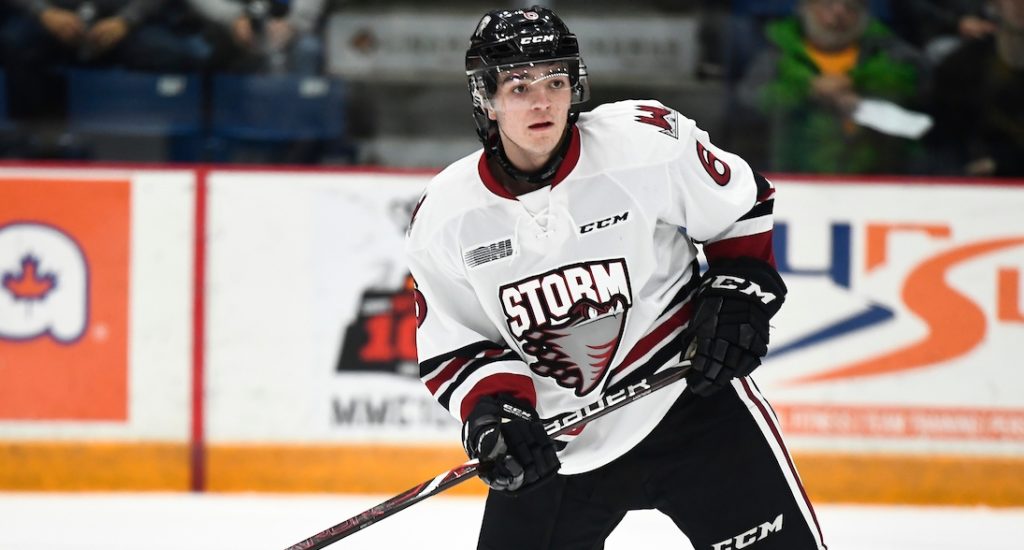 He got another lesson Sunday, playing (by his standards) a relatively conservative game but still picking up four assists in a 5-1 victory over the Sudbury Wolves at the Sleeman Centre.

Merkley, a possible first round draft pick in next June’s National Hockey League draft, not only picked up the four helpers, but he was very sound in his own end of the ice too.

“It’s a big focus for me. Obviously in the defensive zone you can never stop learning and I’m trying to get better and better at it each and every day,” said Merkley, who leads the Storm in scoring with 24 points in 19 games.