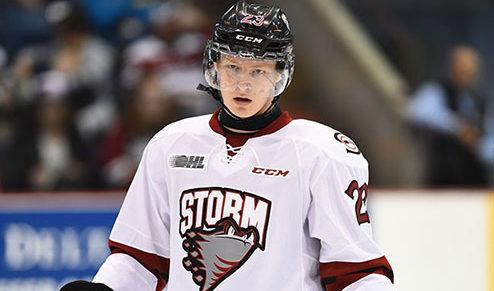 General Manager and Head Coach George Burnett announced that the Storm have acquired a 5th round pick in 2021 from the Kingston Frontenacs in exchange for forward Matthew Hotchkiss.

Hotchkiss , a former 1st round pick in the 2014 OHL Priority Selection, played 213 games in a Storm uniform recording 77 points.

The Storm would like to wish Matt good luck in Kingston and thank him for his commitment to the organization and the community of Guelph.
* The 2017-18 Season is proudly sponsored by RBC